Medical Cannabis and Nausea and Vomiting

Nausea is the feeling of sickness and wanting to vomit, though nausea does not always lead to vomiting. Nausea and vomiting are not always harmful but are common signs or side effects of many health problems, treatments and medications. Medical cannabis often contains several compounds with anti-emetic (anti-nausea and anti-vomiting) properties.

Nausea is another condition that is more often a symptom of another underlying problem than an issue in and of itself (although a condition called cyclic vomiting syndrome, or CVS, does exist). Nausea does not always lead to vomiting, but the causes and treatments are often the same.

Headaches and migraines can cause nausea, as can various drugs and medications. This includes treatments such as chemotherapy; fainting and dizziness; exposure to heat; stomach infections such as norovirus; GI problems such as gastroesophageal reflux disease (GERD); low blood sugar; motion sickness or any loss of balance resulting from disturbance of the inner ear; depression; anxiety; or seeing, smelling and/or tasting something particularly vile. There are likely to be many other triggers as well.

Dopamine (D2) receptors, serotonin (5HT3) receptors, neurokinin receptors (NK1), antihistamine, acetylcholine and TRPV1 (vanilloid) receptors all play a role in causing the sensation of nausea. The group of receptors responsible for nausea and vomiting are often referred to as the “chemoreceptor trigger zone.” 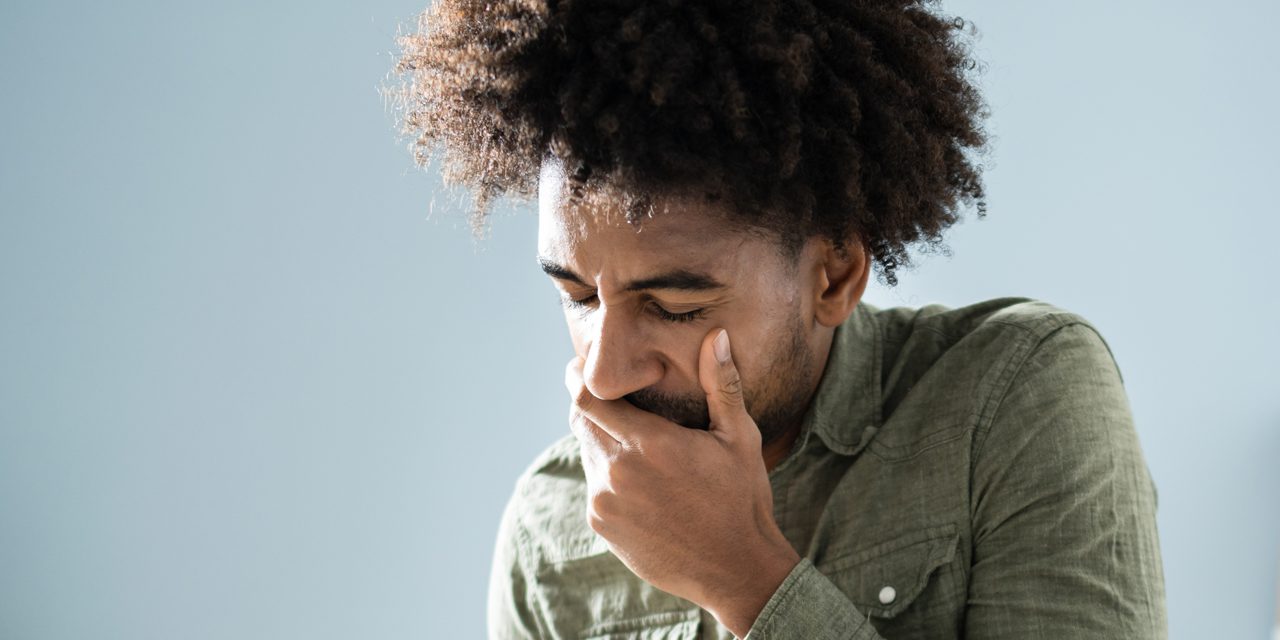 Medications used to ease nausea and vomiting are referred to as “anti-emetics.” Examples include:

Non-medical interventions for less chronic or severe nausea and vomiting include fresh air, sipping on cold drinks and healthy, well-planned meals at fixed times of the day. Those who have food intolerances may need a change in diet. Ginger, cloves, peppermint and Devil’s Claw are common herbal remedies.

Anti-emetics are generally tolerated well, but they can have side effects such as constipation or diarrhea, headache, fatigue, malaise, dizziness, light-headedness, blurred vision, dry mouth or photosensitivity. Some people may also find some classes of anti-emetics intolerable or ineffective. Medical cannabis could be helpful in reducing or replacing anti-emetic use, or as an effective alternative in the case of treatment resistance. Many find plant-derived cannabinoids (phytocannabinoids) much more tolerable compared to dronabinol and nabilone.

Moreover, as phytocannabinoids and terpenes affect multiple receptors and have a wide range of effects, cannabis can be utilized as an analgesic, anti-inflammatory, antidepressant and anticonvulsant as well as an anti-emetic. This can help reduce the intake of other medications that may contribute or cause nausea and vomiting.

It should be noted that overconsumption of THC and cannabigerol (CBG) may induce nausea and/or vomiting in some. Moderate-to-high doses of CBG may oppose the anti-emetic effects of THC and CBD.

The following THC:CBD ratios may be useful for managing nausea and vomiting:

Although CBD-rich formulations may be useful for managing nausea and vomiting, there is evidence that THC has greater anti-emetic effects. However, the two together synergize and may increase each other’s anti-emetic properties via the entourage effect. Combining THC and CBD may also help reduce the likelihood of THC triggering nausea and vomiting.

Although excessive THC, CBG, limonene and quercetin may trigger nausea and vomiting, they are rarely in high enough concentrations in cannabis to do so. Moreover, in low-to-moderate doses, they can help alleviate nausea and vomiting, so they don’t necessarily need to be avoided entirely.

What are the Pros and Cons of Taking Medical Cannabis for Nausea?

“WBUR: How could a cancer patient benefit from using cannabis?

Dr. Jordan Tishler: Nausea and vomiting, appetite issues, fatigue, anxiety, insomnia — those sorts of things that are associated either with cancer or chemotherapy, those things are very well treated with cannabis.” Source: Weintraub, Karen, ‘Q&A With A Cannabis Clinician: What Cancer Patients Should Know’ January 10. 2018

Quotes from Studies and Scientists

“Fifty-five patients harboring a variety of neoplasms and previously found to have severe nausea or emesis from antitumor drugs were given antiemetic prophylaxis in a double-blind, randomized crossover fashion. delta 9-Tetrahydrocannabinol (THC), prochlorperazine, and placebo were compared. Nausea was absent in 40 of 55 patients receiving THC, in 8 of 55 patients receiving prochlorperazine, and in 5 of 55 in the placebo group. THC appeared to be more efficacious in controlling the emesis associated with cyclophosphamide, 5-fluorouracil, and doxorubicin and less so for nitrogen mustard and the nitrosourea. THC appears to offer significant control of nausea in most patients and exceeds by far that provided by prochlorperazine (P less than 0.005).”

“Considerable evidence demonstrates that manipulation of the endocannabinoid system regulates nausea and vomiting in humans and other animals. The anti-emetic effect of cannabinoids has been shown across a wide variety of animals that are capable of vomiting in response to a toxic challenge. CB1 agonism suppresses vomiting, which is reversed by CB1 antagonism, and CB1 inverse agonism promotes vomiting. Recently, evidence from animal experiments suggests that cannabinoids may be especially useful in treating the more difficult to control symptoms of nausea and anticipatory nausea in chemotherapy patients, which are less well controlled by the currently available conventional pharmaceutical agents.”

“Early results of a landmark trial involving 80 patients at the Chris O’Brien Lifehouse hospital show that cannabis capsules were better than placebo at improving symptoms.

“An extra one in 10 people had control of nausea and vomiting, so it had improved from 14 per cent to 25 per cent,” said Associate Professor Peter Grimison, a medical oncologist at Chris O’Brien Lifehouse.

Although there are several effective and well-tolerated anti-emetics available over the counter (OTC) and available for prescription, not all people find such medications effective. Patients undergoing chemotherapy may find that their nausea and vomiting are treatment-resistant. Medical cannabis could be an excellent alternative or adjunct to the drugs currently prescribed.