Post-traumatic stress disorder (PTSD) is one reason many patients seek medical cannabis due to its ability to relieve stress and insomnia.

What is Post-Traumatic Stress Disorder (PTSD)?

Approximately 12 million adults in the U.S. have PTSD during a given year. An estimated 6% of adults in the U.S. will develop PTSD during their lifetime. Women are more likely to develop PTSD during their lifetime compared to men. This could be due to several different reasons, such as the type of trauma, differences in how trauma is processed, and men’s symptoms not typically following the diagnostic criteria for PTSD as it is currently defined.

PTSD is often put under the umbrella of “anxiety disorders,” although nowadays, it is often given its own separate section in some mental health manuals. There are many similarities with anxiety disorders in that there are abnormal levels of norepinephrine and cortisol in the blood compared to those without PTSD (normally low levels of both).

Those with chronic PTSD have a smaller hippocampus. There also seems to be an abnormality in the hypothalamic-pituitary-adrenal (HPA) axis. Exposure to traumatic events can increase the likelihood of suffering from PTSD, and the HPA axis that coordinates the stress response activates the LC-noradrenergic system, which results in an over-consolidation of specific memories. Those with PTSD also have chronically low serotonin and serotonin receptor expression levels. 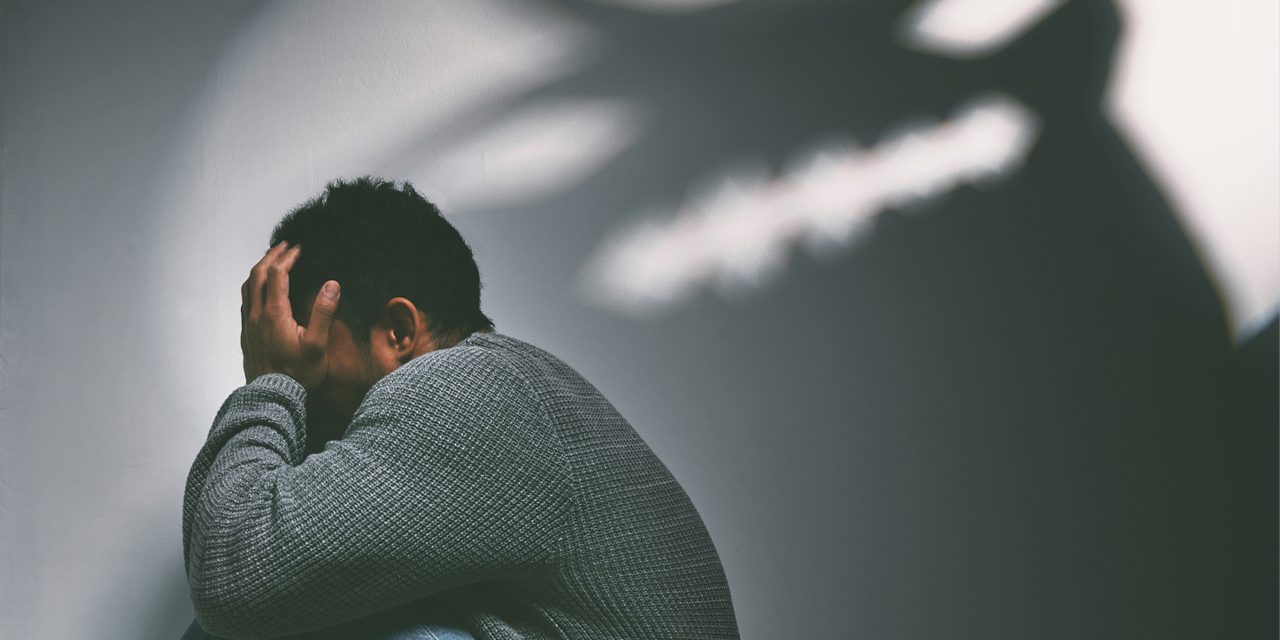 When it comes to prescription medications, antidepressants like paroxetine, sertraline, escitalopram, mirtazapine, amitriptyline or phenelzine are common first-line treatments.

While antidepressants may be effective for PTSD, there do seem to be some marked differences in terms of how biochemical changes in the brain and body occur when compared to depression. So, while PTSD can share similar symptoms with anxiety and depression (and could well be a comorbid condition), there are differences between the conditions and how they are treated.

Other medications prescribed for PTSD include anticonvulsants like pregabalin and benzodiazepines like diazepam (Valium). These have varying levels of efficacy, and those with PTSD should avoid long-term use of benzodiazepines.

Current prescription medications have side effects that can sometimes worsen symptoms of PTSD. These include:

There are several possible benefits of cannabis over prescription medications, such as:

CBD-rich formulas may be of particular interest for PTSD sufferers, although some may be able to tolerate more THC compared to those who suffer from anxiety alone. Some potentially useful THC:CBD ratios could include:

Some flavonoids that could be useful for managing PTSD symptoms due to their anti-inflammatory and stress-busting effects include:

Cannabis products with a mixture of THC, CBD, CBN, linalool, myrcene, limonene and beta-caryophyllene may be useful. Some cannabis cultivars (often called “strains”) that may have such a profile include:

However, what works for one person may not work for another due to individual differences in their endocannabinoid system (ECS).

What are the Pros and Cons of Taking Medical Cannabis for Post-Traumatic Stress Disorder?

“PTSD diagnosis and symptom severity were assessed in structured clinical interviews employing the Posttraumatic Diagnostic Scale (PDS). A significant group difference was observed for OEA [oleoylethanolamide], with PTSD patients showing reduced hair concentrations. Regression analyses further revealed strong negative relationships between all investigated N-acyl-ethanolamides and symptom severity of PTSD. The observed reductions in endocannabinoids might account for the increased inflammatory state as well as for the failure to extinguish fear memories observed in PTSD. Our findings add to the accumulating evidence suggesting the endocannabinoid system as a target for pharmacological enhancement of exposure-based psychotherapy for PTSD.”

“In this small sample [10 participants] NAB provided significant relief for military personnel with PTSD, indicating that it shows promise as a clinically-relevant treatment for patients with nightmares and a history of non-response to traditional therapies. These findings need to be replicated in a larger cohort. There is a need for further exploration of the effect of nabilone on other symptoms of PTSD such as re-experiencing, hypervigilance and insomnia.”

“The present study is the first randomized placebo-controlled trial of smoked cannabis for PTSD. All treatment groups, including placebo, showed good tolerability and significant improvements in PTSD symptoms during three weeks of treatment, but no active treatment statistically outperformed placebo in this brief, preliminary trial. Additional well-controlled and adequately powered studies with cannabis suitable for FDA drug development are needed to determine whether smoked cannabis improves symptoms of PTSD.”

There is some good-quality evidence that medical cannabis helps improve several quality of life (QOL) metrics associated with PTSD, such as reduced sleep and appetite, anxiety, fatigue and lack of motivation. However, it is worth noting that there are some studies (including human trials) that display inconclusive or negative results, some of which may be associated with the psychoactive effects of THC and possible anxiety-comorbidity. It is also worth noting that many studies have low sample sizes, meaning that definitive conclusions cannot be drawn until we have larger data sets. More research is needed to fully grasp cannabis’ efficacy in this area.