People thought of cannabis as a gateway drug for many years, and science has begun to see cannabis as an exit drug instead. Some people are integrating cannabis and cannabidiol (CBD) into their treatment programs to reduce the intake of opioids, sedatives, alcohol, and other drugs.

However, the effectiveness of CBD and cannabis treatment for addiction depends very much on the drug you’re trying to quit. Learn how medical cannabis may be useful for drug addiction and which drugs it can reduce or replace.

Using cannabis in place of opioid-based painkillers (e.g., oxycodone, hydrocodone) for chronic pain is where medical cannabis has made its mark. There are several good reasons why:

So, when people say they use cannabis to reduce their painkiller intake and avoid addiction, the evidence supports their statement.

Opioids aren’t the only types of medication that can lead to addiction. Physically addictive substances such as benzodiazepines (“benzos”) are medications many people want to reduce or stop taking. Sedatives are often prescribed for anxiety, insomnia, PTSD, epilepsy, and tic disorders. They work by increasing the effects of a neurotransmitter called “GABA,” slowing down the central nervous system and inducing a state of sedation.

A study in the Journal of Health Economics found that, in Italy, the availability of “cannabis light” – flowers from high-CBD hemp plants with up to 0.6% THC – was connected to:

Other studies show similar results in benzodiazepine reduction with medical cannabis. It is suggested that CBD amplifies the inhibitory neurotransmitter gamma-aminobutyric acid (GABA). Excitatory “go” signals are inhibited, which can be useful in treating conditions like epilepsy.

Please note that you need to taper off benzodiazepines slowly, as sudden withdrawal can be dangerous. Please notify a doctor of your goal to reduce benzodiazepine use with medical cannabis and set up an appropriate treatment plan. 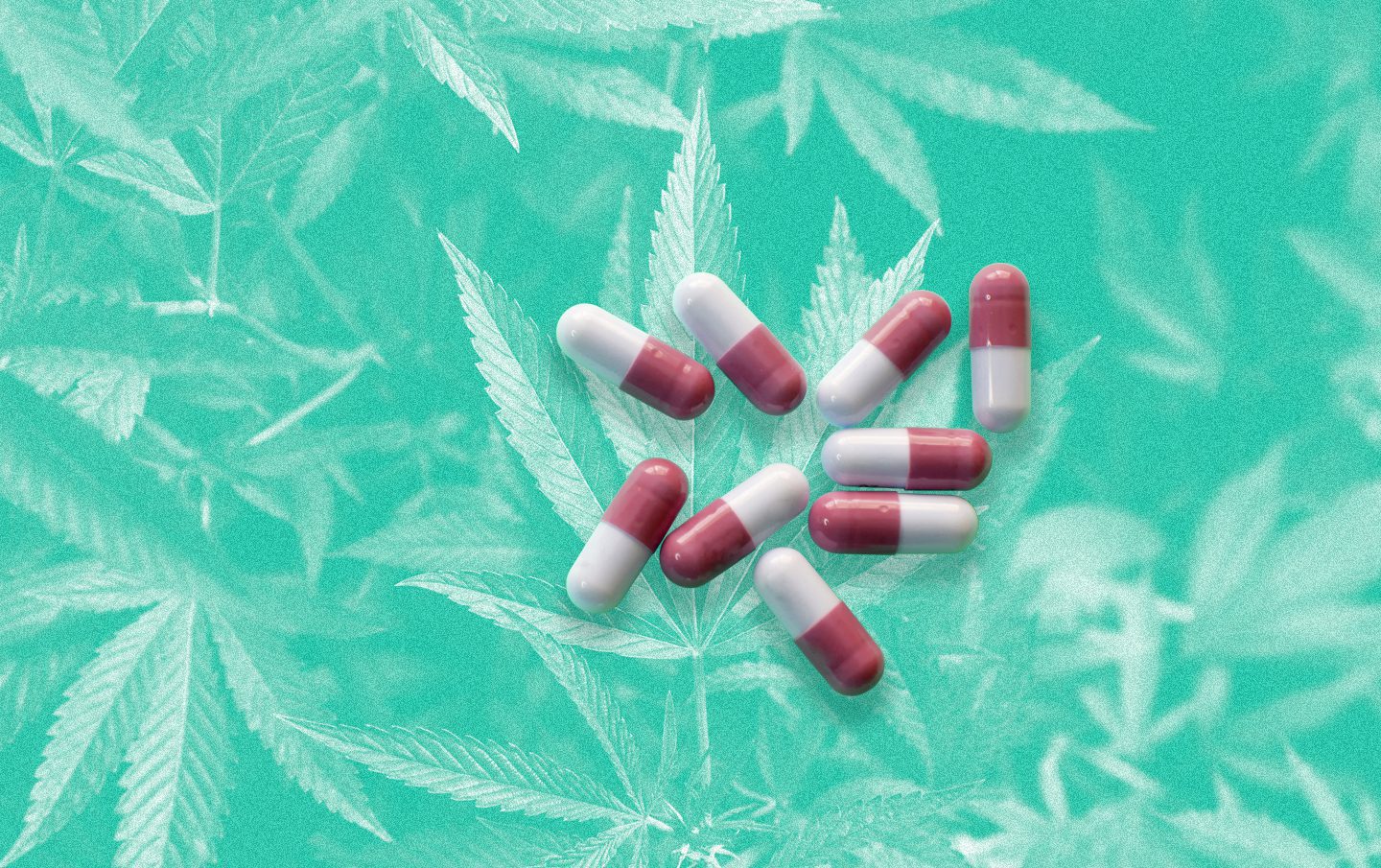 Alcohol is the most popular recreational substance worldwide and, alongside tobacco, has the most significant impact on human health. However, even though many people use alcohol moderately, binge drinking is still a problem. Those unfortunate enough to suffer from alcohol use disorder (AUD) may become physically addicted to alcohol. As with sedatives, you cannot just stop using alcohol, either, as abrupt cessation is physically dangerous and can cause seizures, hallucinations, and confusion.

There is cross-tolerance between alcohol, opioids, and sedatives because all three substances act similarly on cannabinoid receptors (in particular, CB1 receptors) and dopamine receptors. Both opioids and alcohol bind to CB1 receptors, leading to depressant effects on the central nervous system (CNS). This action occurs because binding to CB1 receptors can increase GABA (the “stop” signal) and decrease glutamate (the “go” signal).

Cannabinoids like THC and high doses of tetrahydrocannabivarin (THCV) also antagonize CB1 receptors but do so in a far safer way than alcohol or opioid receptors, which tend to “overload” the dopamine receptors, potentially leading to an overdose. Cannabinoids, meanwhile, manage to influence dopamine and serotonin receptors in a way our bodies tolerate better. Using cannabis on its own doesn’t slow down breathing in the way alcohol, sedatives and opioids do, and the body breaks down THC and CBD quickly enough to prevent a deadly overdose from occurring.

There are some other good reasons why cannabis can be used to replace alcohol, including:

Many states that have legalized medical or recreational marijuana have seen reductions in the sales of alcohol. Therefore, it is reasonable to believe that cannabis can be used in place of alcohol as a potentially safer recreational alternative. 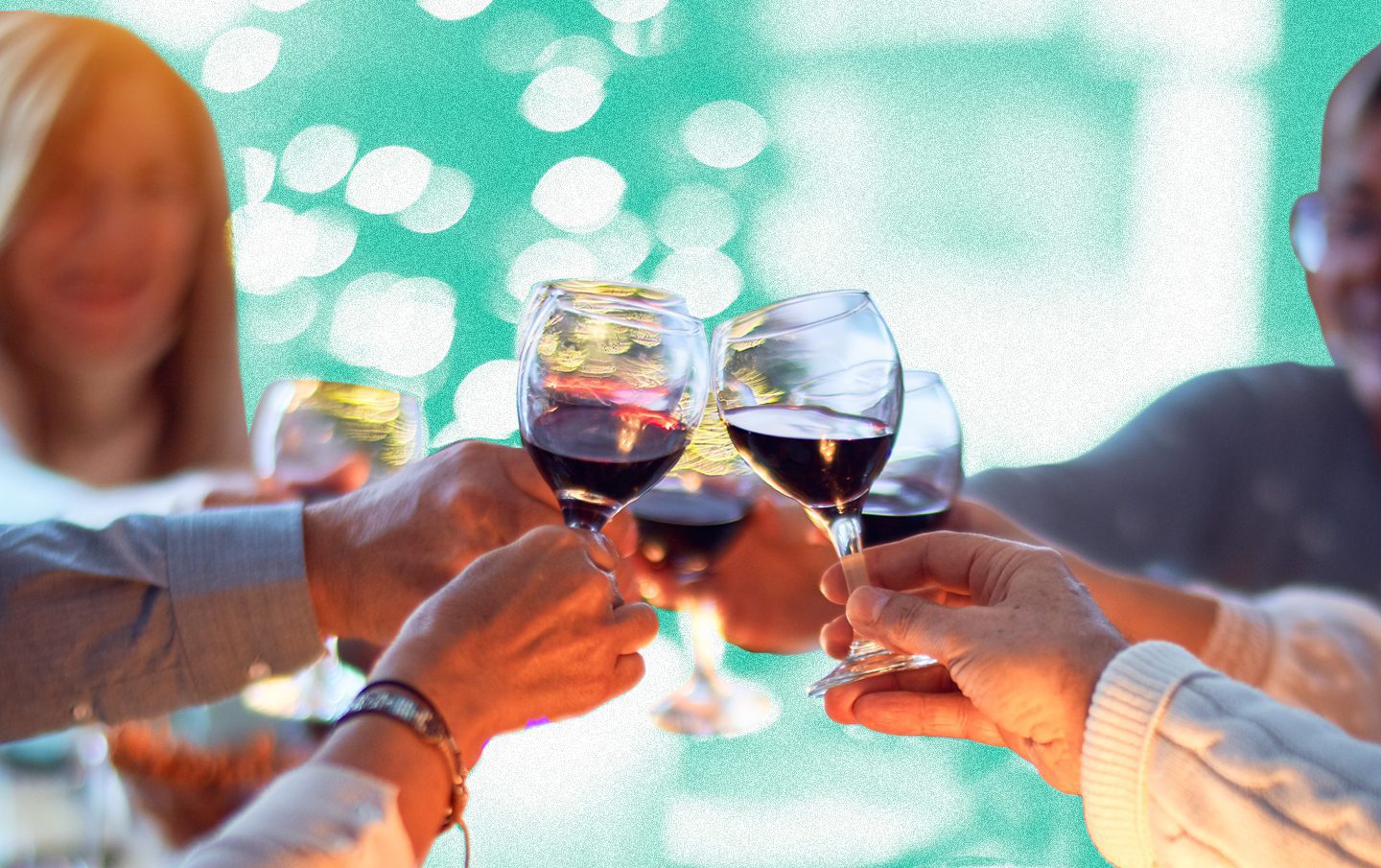 There is less evidence that cannabis can reduce the intake of prescribed or recreational stimulants such as amphetamines or cocaine. Using cannabis for cocaine withdrawal has been met with mixed results.

However, some good-quality evidence suggests CBD can reduce cravings for stimulants. Many people with attention deficit hyperactivity disorder (ADHD) have successfully used cannabis to reduce or replace prescription medications such as Adderall or Ritalin (methylphenidate). Limonene also shows promise as an alternative to stimulants.

More research is needed in this area, but cannabinoids and terpenes in cannabis (e.g., CBD, THCA, THCV, beta-caryophyllene, limonene, and pinene) could prove immensely useful for those who wish to replace stimulants with something less addictive and more tolerable.

Those using medical cannabis to reduce their reliance on stimulants should taper their stimulant use, as cannabis and Ritalin interact significantly and may increase the likelihood of suffering from side effects like an increased strain on the heart, dry mouth, and confusion or memory loss.

The Bottom Line on Using Cannabis for Addiction

The first and most crucial step in treating addiction is to seek help. Qualified professionals at drug treatment centers are available to guide you on your journey to freedom from addiction. From there, speak with your primary care physician about whether cannabis is an appropriate tool to help you overcome addiction. Under proper care and with a legal medical marijuana card, you will have the means to fight addiction.

Can CBD help with drug addictions?

Regarding replacing opioids, sedatives, and antidepressants, cannabinoids and medical marijuana have proven immensely useful. Cannabis could be an ideal recreational alternative to alcohol as well. There is less evidence for using cannabis in place of stimulants. However, some evidence suggests that medical cannabis can help manage ADHD symptoms, reducing reliance on drugs like Adderall and Ritalin.

For some people, marijuana may help overcome opioid addiction. But a full treatment program under professional supervision is essential for success.

Marijuana cannot “cure” alcoholism or any other disease. But the cannabis plant can be a viable supplemental treatment for people trying to overcome alcoholism and other addictions.

Common questions parents have about cannabis for minors

Many balks at the idea of giving cannabis to children, so here are some of the most common questions parents have about medical cannabis for minors.

How Addictive is Cannabis: An Objective Look

Our deep dive into cannabis’ addictive potential explains everything you need to know about using cannabis safely.