There are a lot of myths and misconceptions out there when it comes to cannabis use and sex. Some will tell you that it lowers your libido and inhibits performance, especially in men. While previous studies may have suggested these rumors to be true, many will tell you from experience that it enhances their sexual experiences. But it’s only in recent years that science has started to back this up.

Most notably, scientists from the Stanford University School of Medicine conducted a study published in the Journal of Sexual Medicine in 2017 that marijuana use may be correlated to increased sex drive. Researchers analyzed the responses from 50,000 Americans who participated in the CDC’s National Survey of Family Growth.

Using surveys from the years of 2002 to 2015, with average ages between 25 and 45, researchers looked at how often the participants smoked marijuana and how often they reported to have sex in the last 12 months.

According to Assistant Professor of Urology at Stanford, Michael Eisenberg, MD, “The overall trend we saw applied to people of both sexes and all races, ages, education levels, income groups and religions, every health status, whether they were married or single and whether or not they had kids.” Researchers called it a “dose-dependent relationship.”

What they mean by “dose-dependent” is that according to their study, the more often someone smoked marijuana, the more often they had sex, disputing claims that marijuana use lowers sex drive.

Marijuana Use Could Increase Pleasure During Sex

Another study finds that cannabis could increase pleasure during sex. Though the study looks specifically at women, that doesn’t mean the same potential isn’t there for men. This study took a survey from 373 women from March 2016 to February 2017. Interestingly, most women reported increases in sex drive, decrease in pain and even improvement in orgasm when marijuana was used before sex.

Overall, this seems to suggest that marijuana use before sex could mean a more intense orgasm. The conclusion of the study suggests that knowing the endocannabinoid system would help us to understand this better and even allow us to utilize it to treat sexual dysfunction disorders. 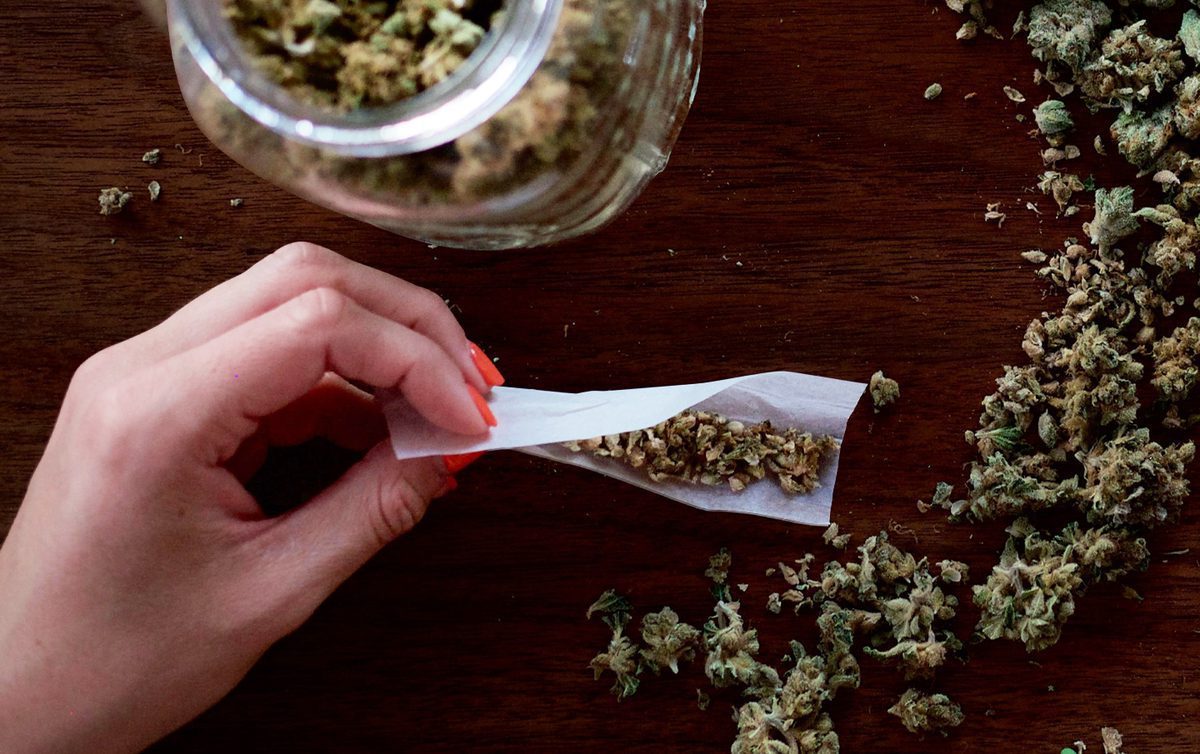 “People who use marijuana may have more sex because they put less pressure on themselves when they are high, so they don’t have the same performance anxiety as those who are sober,” sex therapist Amanda Pasciucco, who practices in Connecticut where medicinal use is legal, told CNN Health.

As mentioned before, understanding the endocannabinoid system better would bring us worlds closer to understanding the impact of marijuana on sex. However, the majority of studies pertaining to cannabis and sex revolve around smoking, or at least, the ingestion of THC, prior to intercourse. However, there are CBD lubricants – but these products are more often focused on women who experience pain during sex.

“Our body’s natural endocannabinoid system is key in regulating things like pleasure, pain, relaxation and homeostasis. When it is activated by the cannabinoids in cannabis, it can leave users feeling relaxed with increased pleasure and decreased pain,” explained Peter Barsoom, founder of a company called 1906, which aims to bring cannabis back to the mainstream. (And for history buffs, 1906 is the year the Wiley Act was passed, which began cannabis prohibition).

However, what we do know so far about how cannabis and the endocannabinoid system interact, the findings in these studies make sense. Feelings of euphoria are often associated with cannabis use, so the potential for it to increase pleasure during sex isn’t far-fetched and the studies we looked at have only confirmed anecdotal evidence.

Could Medical Marijuana Help You?

Depending on where you live, medical marijuana may be an option for you, even (or especially) when it comes to your sex life. Whether the problem is pain during sex, low libido (particularly if this is due to anxiety or depression), or inability to climax, cannabis could help improve your sex life.

Sex isn’t the first thing we think of when it comes to our health but having a healthy sex life is important too. Sometimes, underlying conditions that prevent us from enjoying sex, such as chronic pain, depression, and anxiety. If this is the case, then you may benefit even more from medical marijuana treatment.

With Leafwell, you can speak with a doctor in your state to find out if you qualify for medical marijuana today.

Julia Granowicz-Johnson is a freelance writer from Florida passionate about the cannabis industry. Since 2015 she's covered legalization news and educated medical marijuana patients, caregivers and their families through her work.