Pinene is often regarded as the most commonly found terpene in cannabis and the natural world, and it is also one of the most frequently used and well-understood terpenes.

Pinene takes its name from pine trees, where it is a prominent terpene. In addition to its abundance in cannabis, it is also present in rosemary and basil. Easily recognizable with its piney, turpentine-like scent and its dry, resinous, and woody taste, early research suggests this terpene has the potential to treat inflammation, cancer, and respiratory conditions like asthma. Pinene can be both relaxing and energizing – high levels of myrcene (which is sedative) may influence which effect pinene displays.

Let’s dig a little bit deeper into the details of this terpene and see what science has to say.

Like any other terpene, pinene is an oily, clear, colorless liquid extracted from various plant matters. While pinene is abundant in many strains of cannabis, it’s also present in pine trees and other conifers, orange peel, dill, basil, and parsley. Pinene is so prevalent in plants that researchers have identified around 200,000 varieties of this terpene. Because of how often pinene appears in nature, researchers have broken the compound down into two unique subcategories; alpha-pinene and beta-pinene, a-pinene, and b-pinene for short.

a-Pinene has shown amazing potential as an anti-inflammatory, bronchodilator, pain reliever, anxiety-reliever, and even a tool to battle short-term memory impairment. This terpene is so powerful that it’s used in drugs to treat kidney and liver issues as well! Like the many different cannabinoids in the cannabis plant, this terpene has unique and special attributes that affect the user. Whether it’s smoked, ingested either in the form of an edible or tincture or applied topically to the skin’s surface, a-Pinene is a tool to be used by any medical cannabis patient.

Pinene is a powerful terpene that researchers have found to have profound health benefits and effects on users.

Pinene joins the long list of plant-based essential oils that researchers have found to reduce inflammation all over the body. One 2015 study published in the American Journal of Chinese Medicine found that alpha-pinene showed incredible potential during animal trials. Another 2018 study showed that pinene protected and prevented the skin’s surface from being damaged by UV light when applied topically. Science suggests that it doesn’t get much better than alpha-pinene in essential oils and anti-inflammatory properties. 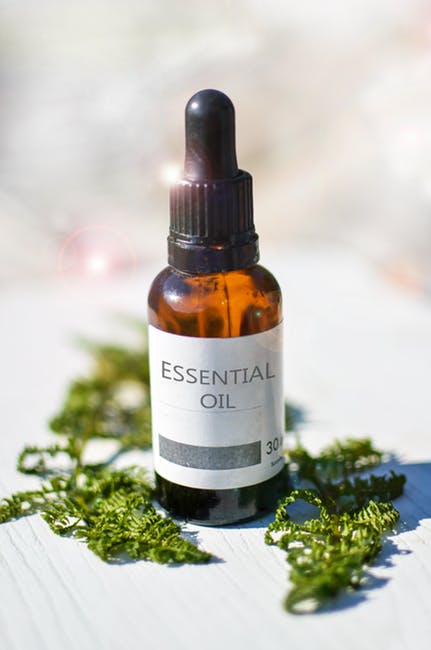 While the studies are somewhat limited so far, the early research suggests that pinene has a role in controlling the growth of potentially dangerous bacteria inside the human body. One 2012 study showed pinene compounds, both alpha and beta-pinene, proved to be a powerful tool in preventing the growth of certain harmful organisms. While the research is still early, this terpene shows significant potential in protecting folks both inside and out!

As we mentioned earlier in this article, early and limited research has shown massive potential for both alpha and beta-pinene to relieve breathing issues and prevent respiratory illnesses. One study found that pinene inhibited viral activity in lung cells, which helped fight bronchitis in animal trials. On top of that, the study also found that pinene products showed potential as a possible bronchodilator and could help relieve those dealing with asthma. Pinene may combine with THC for bronchodilatory (airway opening) effects and CBD, which may reduce hyperresponsiveness in the airways, reducing sensitivity to asthma triggers.

While the research is early and primarily on animals, pinene has reduced anxiety. A 2014 study showed that mice who inhaled pinene showed measurably reduced anxiety levels compared to placebo. While more research needs to be done on humans to make 100 percent sure, the early signs and links to pinene reducing anxiety via inhalation are promising to say the least.

There are few systems in the human body more important than our brains. That’s why when compounds like alpha-pinene show neuroprotective properties, people pay close attention. During early animal studies, researchers found that alpha-pinene specifically showed potential in battling Alzheimer’s Disease, dementia, amnesia, cognitive dysfunction, and overall memory loss. While the research in humans is still limited, the possibility of pinene and medications with high pinene content is huge.

With all of these medical benefits in mind, Leafwell wants to highlight some strains with abundant terpene profiles full of pinene. These high-pinene strains are not only full of alpha and beta-pinene but a variety of other cannabinoids and terpenes as well. That huge mix of compounds allows users to take full advantage of the entourage effect and helps you get the most out of your medicine.

So without further ado, here are some of our picks when it comes to pinene-rich strains:

What is a-pinene suitable for?

What makes a-pinene unique is how it quickly interacts with the other active cannabinoids present in the cannabis strain or product you’re using—for example, pinene pairs with CBD to block inflammation and promote antibiotic effects.

Pinene works with THC to promote bronchodilatory effects, help open up airways, and treat conditions like asthma. CBD and THC combined with pinene have been shown to be effective for memory retention.

In short, a-pinene is a prime example of why the entourage effect of cannabis can be so powerful.

How does pinene make you feel?

While pinene itself won’t get you high the same way that cannabinoid compounds like THC do, it does affect our minds and bodies. As we covered above, inhaling pinene can profoundly affect our respiratory systems. Applying it to the skin’s surface can reduce inflammation and limit damage from the sun.

And products with high pinene content, like the cannabis strains mentioned above, for example, have been shown to positively impact our brains, our memories and reduce the impact of debilitating brain-related illnesses associated with aging. But it’s been shown to affect our mood as well. Pinene has been shown to make people feel more lucid, with that effect being increased for high doses ingested.

While some studies showed that high doses of pinene-rich products could irritate the skin or airways, that’s only in extremely high quantities. As long as you don’t go too overboard with how much pinene-rich essential oils you’re applying topically or diffusing, pinene is harmless to humans and has many more positive effects than negative.

Guide to Linalool, the Terpene That Smells Like Lavender

Known for its refreshing floral aroma, the terpene linalool offers a host of medical benefits as a part of the cannabis plant. Learn everything to know.

Guide to Alpha-Bisabolol, the Honey-Scented Terpene

Alpha-bisabolol is the main active ingredient in chamomile. The terpene is shown to have anti-inflammatory properties to fight infections and reduce pain.

The anti-inflammatory effects of weed means that it can help reduce swelling. Learn everything to know, along with strains that can help.