The Side Effects of THC

THC’s side effects are usually the most obvious, not surprising, seeing as it is the prominent psychoactive cannabinoid found in cannabis. At low doses of around 3 milligrams (mg) or less, THC may have little-to-no psychoactive effect, although there may be a slight feeling of euphoria.

Some people start at a dose of around 3 mg-5 mg THC when using edibles or tinctures, where there may be some euphoric and relaxing effect, but to a manageable level. Another method is to utilize delta-8 THC, which is not as psychoactive as delta-9 THC and is still a natural cannabinoid.

For most people, the main problems with THC come when too much is ingested too quickly. Here are some side effects which may occur in cannabis users:

Psychotic episodes are only likely to occur in those who are already predisposed to conditions where psychosis may be an issue (e.g. schizophrenia). For children and adolescents, exposure to high amounts of THC on a regular basis may have some long-term effects on memory, mood, and behavior, as the brain is still developing.

For those aged 25 and over, however, the long-term effects of THC are not known (as is the case with many medications). Indeed, there may even be neurogenic effects when small doses of THC are used by older people. The negative effects on IQ and memory generally occur when the user is young. Longitudinal studies have shown few long-term effects on executive functioning.

Eating cannabis also tends to have longer-lasting and stronger effects than other ingestion methods. While vaporizing, inhaling, or smoking small amounts of THC can provide a more immediate effect, they are not necessarily the healthiest methods of ingestion.

Tinctures, topicals, transdermal patches, inhalers, suppositories and all the ingestion methods associated with the usual ways of taking medicine can often provide a more controlled release of THC; but, with a few exceptions, finding a company that produces a properly standardized product that releases a specific dose upon every application is difficult.

How to Reduce the Side Effects of Too Much THC

Fortunately, the side effects of taking too much THC are not life-threatening. Staying hydrated, eating well, keeping relaxed, and not worrying too much are often the best strategies.

Some people use black peppercorns for their pinene and beta-caryophyllene to beat anxiety and lessen some of the negative effects of THC. CBD is also used to dampen the effects of THC, usually by taking equal amounts of CBD to the amount of THC ingested.

However, although CBD can reduce THC’s anxiety-inducing properties, in small doses and in combination with THC, it can prolong THC’s effects to a certain extent while also lessening its more paranoia-inducing effects to a smaller extent. Small amounts of THCV may also be used. However, at high doses, THCV  has psychoactive effects, making it difficult to control. So, basically, as with any other medication, dosing cannabis matters.

CBD is an interesting compound. Although not psychoactive in the same sense that THC is, the fact that CBD has a physiological effect means that CBD does have some sort of psychoactive effect, just not one that seems to cause a significant alteration in perception.

Some potential side effects of CBD include low blood pressure, lightheadedness, drowsiness or even wakefulness and feeling “jittery” if high doses are used. There is some evidence suggesting that using bad quality, hemp-based CBD may increase the rate of seizures for those with epilepsy. CBD may also lower body temperature.

In some instances, Parkinson’s patients may feel an increase in their tremors, while high doses of CBD may actually increase eye pressure in glaucoma patients. However, perhaps the main problem with CBD is not necessarily its side effects but the fact that it inhibits drug metabolism. CBD desensitizes the liver enzyme which is required to process a lot of different drugs and medications.

CBD’s main side effect, therefore, mostly involves negative drug interactions, as opposed to physiological effects. Little is known about the long-term side effects of consuming CBD, although current studies suggest that it is generally well-tolerated and safe for most people.

What is a Cannabis Hangover?

Cannabis is not usually associated with hangovers, at least in the traditional, alcohol-related sense. After all, you tend not to get the headaches, nausea/vomiting and dehydration associated with alcohol. Yet, for anyone who’s used cannabis for long enough, they will realize that the residual effects of cannabis can be felt the next day.

Very rarely is a cannabis hangover painful (headaches and nausea are possible, but not common), but forgetfulness and “brain fog” are often experienced. Usually, the best way to overcome a cannabis hangover is by staying hydrated, getting fresh air and doing some sort of physical exertion. Green tea may help, as could peppery or spicy food, but this is anecdotal and may depend upon the individual. 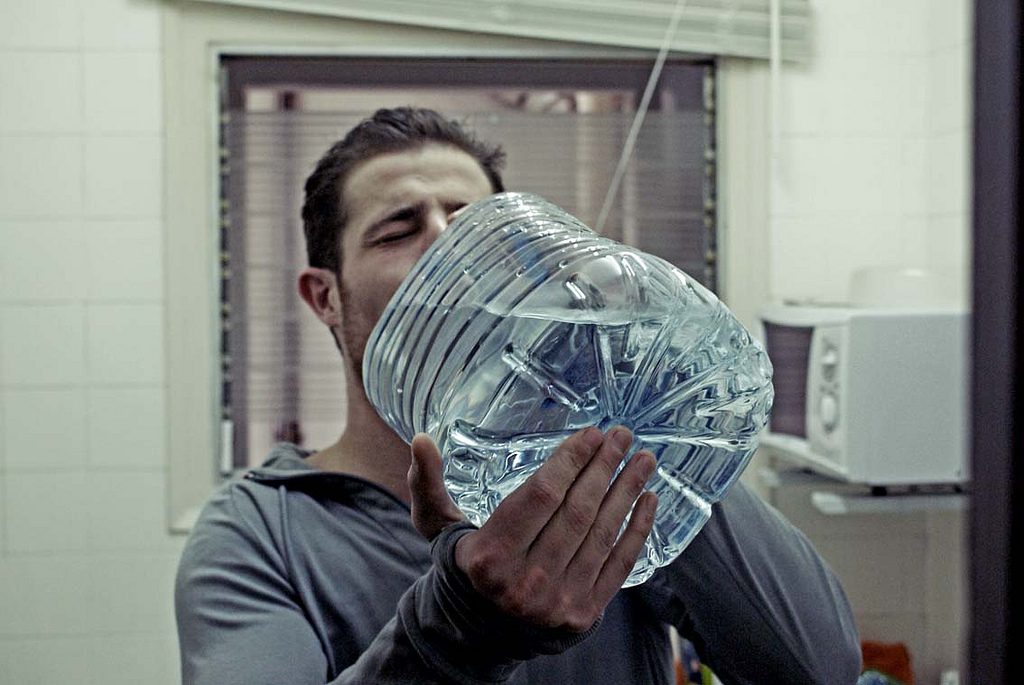 Leafwell has addressed this concern in depth, but it is worth reiterating: cannabis is not physically addictive, although around 9% of regular users can develop a psychological addiction called cannabis misuse disorder.

Occasional use does not seem to be addictive, and even regular use is not a major concern in controlling use for most young adults. On the whole, cannabis is far less addictive than alcohol, tobacco, benzodiazepines, opioids and some would even say coffee!

Those who suffer from addiction tend to have depleted levels of “feel good” dopamine receptors. THC does increase dopamine production, and regular use of high amounts of THC may reduce dopamine brain reactivity. However, different cannabinoids affect dopamine in a variety of ways, and they do so distinct from drugs like cocaine or alcohol.

Not all cannabinoids are psychoactive, so are not likely to have much if any abuse potential. With THC, the amount of dopamine released is generally far lower than with other substances of abuse, and some of its harm can be mitigated by other cannabinoids and terpenes. Most of the abuse potential associated with cannabis seems to come from non-medical use of high-THC cannabis varieties in adolescents.

Can You Overdose on Cannabis?

When it comes to the natural phytocannabinoids made by the actual cannabis plant, there is only a theoretical chance of a deadly overdose if cannabis is used on its own. It would take consuming around 1,500 pounds of cannabis to induce a lethal response! The endocannabinoid system (ECS) breaks down cannabinoids very rapidly, meaning that dangerous levels of cannabinoids are never really reached.

When it comes to synthetic cannabinoids, it seems that it is certainly possible to overdose on them. This is because some types of synthetic cannabinoids can shut down some of the human body’s essential processes. The ECS is intimately involved with homeostasis, after all, and desensitizing or shutting off the wrong part of it can cause some major health problems or even death. 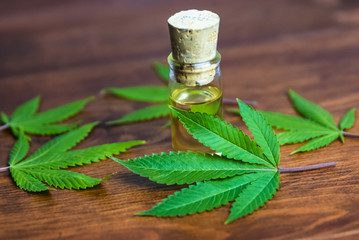 Are There Other Potential Side Effects of Cannabis?

Sadly, we do not know enough about the pharmacology of every single cannabinoid to determine how each one affects us precisely, especially in the long-term. The matter gets even more complicated when you start mixing different cannabinoids and terpenoids, as they all influence the way in which other cannabinoids behave. High doses of CBG may cause nausea and block the anti-vomiting effects of THC.

There is also cannabinoid hyperemesis syndrome (CHS), but the condition is extremely rare and how it is caused precisely specifically is not known. The syndrome generally occurs in long-term daily cannabis users and causes them to experience persistent nausea and vomiting. So far, it is mostly THC that has been implicated in the development of CHS, and consumption must be regular and heavy. Furthermore, CHS has not been associated with consumption of unheated cannabinoids.

Can a Person Be Allergic to Cannabis, or Specific Cannabinoids and Terpenes?

As for the cannabinoids themselves, it is entirely possible that a person may be particularly sensitive, allergic or intolerant to a specific cannabinoid or set of cannabinoids. Research in this area is very much needed.

As everybody’s ECS is different and the pharmacology of cannabinoids is varied and complex, some people may get side effects that others do not.

Should I Worry about Cannabis Side Effects?

Overall, cannabis is generally very well-tolerated and you cannot have a deadly overdose on it when used alone. There are few if any substances on this Earth with the safety profile of cannabis, which is why its medical potential is so exciting. However, the only way we can know firsthand how safe cannabis truly is, will be by removing the barriers to researching the plant properly and without fear of the law.

Get access to the benefits of cannabis by applying for a medical marijuana card through Leafwell today. Our physicians can help guide you through a quick and easy process.

Can I Take Cannabis to Replace Other Medications?

States that have legalized medical marijuana have seen a drop in opioid overdoses. Cannabis could help reduce the intake of painkillers, sedatives, and more!

Does Weed Interact With Any Medications?

If you consume cannabis, there are certain medication interactions that you need to be aware of. Although these potential interactions can be harmful…

How Addictive is Cannabis: An Objective Look

Our deep dive into cannabis’ addictive potential explains everything you need to know about using cannabis safely.