Functional Neurological Disorder (FND) is a disorder that breaks down the communications between the brain and the body. FND can encompass a diverse range of symptoms including limb weakness, paralysis, seizures, walking difficulties, spasms, chronic pain, twitching and more.

FND is a fairly rare condition, with conservative estimates suggesting it affects around 12 in 100,000 people. Other sources suggest FND affects around 14 – 22 in 100,000, but any which way you look at it, suffering from an FND is relatively rare. However, functional disorders represent the second most common reason to see a neurologist after headache and migraine, and is a common cause of disability and distress.

There is no known cause for FND. Suffering from another neurological disease, another illness such as irritable bowel syndrome (IBS), chronic pelvic pain or fibromyalgia, depression, anxiety, or experiencing particularly stressful or traumatic life events are all risk factors associated with the development of FND. However, many patients report no stressors. Due to the lack of any specific cause, some doctors believe that FND arises from unresolved traumatic experiences, whilst others believe that FND may be an unexplained condition much like fibromyalgia or chronic fatigue syndrome (CFS). 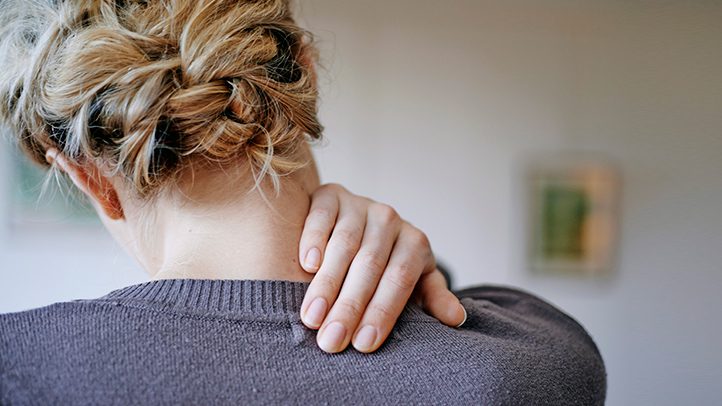 Medical Cannabis for the Treatment of FND

Dr. Ethan Russo believes that several unexplained conditions like IBS, fibromyalgia and CFS are caused by a clinical endocannabinoid deficiency (CECD). We also know that the endocannabinoid system (ECS) plays a role in the development in many neurological disorders. Targeting the ECS for therapy may help prevent and possibly even reverse neurological degeneration.

While little is known about the cause of FND, this could also be said to be true of IBS, fibromyalgia and CFS. It was not until the discovery of the endocannabinoid system that we had a reasonable theoretical framework with which to understand such conditions more fully. The same could be said for FND. The fact that cannabis has been shown to be useful in the treatment of other neurological conditions only adds to cannabis’ possible efficacy for FND treatment. What’s more is that there are many reports of people who have successfully treated their IBS, fibromyalgia or CFS with cannabis, so why not FND as well?

Research shows that cannabis may boost brain cell growth, especially in older individuals. Learn how cannabis affects the brain at every age.