There is no doubt that cannabis and psilocybin “magic mushrooms” share many similarities. Both are natural and from the earth. Both have associations with counterculture movements. Both are illegal in many places in the United States.

Discover more about the connection between cannabis and magic mushrooms. Learn all about the psychedelic drug psilocybin, including its effects and what to expect when using it for the first time.

What Are Magic Mushrooms?

Psilocybin-containing species are dark-spored, gilled mushrooms that usually grow in meadows and woods of the subtropics and tropics, most often in soils rich in humus and plant debris.

The most potent variety of mushrooms is Psilocybe azurescens, but potency can vary among different species. Similar to cannabis, there is an entourage effect between these different compounds.

Psilocybin can exert potent effects on the body and brain. Here are some ways that magic mushrooms work:

The effects of psilocybin/psilocin begin 10 to 40 minutes after ingestion and can last between two and 12 hours depending on dose, species, and individual metabolism.The duration of the average trip is between 4 and 8 hours, which is far more tolerable than the 12-plus hours of LSD.

Hallucinogenic mushrooms may be consumed in fresh or dried form. Many people eat fresh magic mushrooms as an ingredient in a salad or soup. You may also grind magic mushrooms into a powder and make a protein shake or steep with tea.

Be aware that magic mushrooms have a bitter taste. For this reason, many users add sugar or other sweeteners to mask the bitterness.

What to Expect When Taking Magic Mushrooms

A psychedelic experience can be life-changing. Those who have experienced magic mushrooms often report profound changes in their lives, and many describe it as one of the most important experiences of their lives. Some describe the experience as beautiful. Setting also makes a huge difference, as can one’s mood prior to ingestion.

Unfortunately, a “bad trip” can occur with magic mushrooms. As with cannabis overconsumption, the first port of call is usually to help the user “ride out” the experience in a comfortable environment, ensuring them that it will pass. Chamomile tea, fresh fruit, and fruit juice, and even CBD can help calm nerves.

In some instances, sedatives like diazepam (Valium) will be used to reduce or stop a bad experience. In severe cases, antipsychotics such as haloperidol can reduce or stop hallucinations.

Another interesting effect is one of no effect at all, or perhaps a “flat” effect where the participant is “tripping without tripping.” This is an unusual effect and could arise from a number of reasons.

In some instances ego death or ego dissolution occurs. Ego death can be either a transcendent or frightening experience, but is more often than not a very profound experience.

Although most of the studies so far are small in scale, it does seem that psychedelic-assisted therapy is very effective for treating depression, anxiety, and addiction. In addition, psilocybin shows promise as cognitive-behavioral therapy and a PTSD treatment.

The potential benefits of magic mushrooms go beyond mood-boosting. Research indicates that cluster headaches could also be treated with psilocybin. One study by Johns Hopkins University discussed the use of psilocybin to help tobacco smokers quit.

Side Effects and Risks

Psilocybin treatment is not recommended for those with schizophrenia or schizoid personality disorders, as well as bipolar disorder (very similar to THC). Where CBD could help such conditions, psilocybin/psilocin does not.

People who are prone to panic attacks should also avoid magic mushrooms. As with THC, psilocybin may multiply the risk of experiencing a panic attack.

A greater risk of psilocybin side effects may exist for younger individuals. There is little research on how psilocybin works on developing brains, so younger people under the age of 21 should avoid using psychedelics. 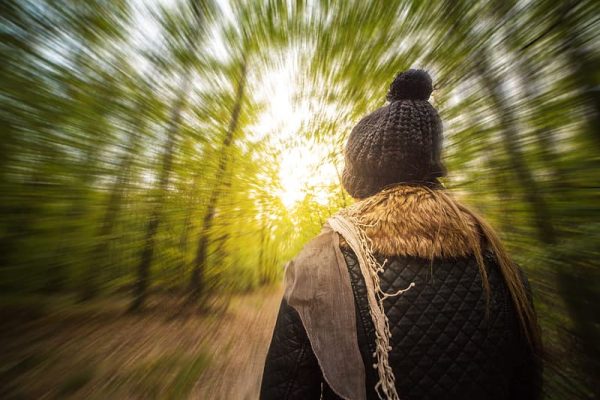 Magic mushrooms are not addictive, according to the Drug Policy Alliance. The body quickly builds tolerance to psilocybin, which may partially explain why magic mushrooms do not lead to addiction. After a few days of repeated use, magic mushrooms lose their potent effects.

In addition, psilocybin is believed to have anti-addictive properties. Therefore, as with cannabis, addiction is not a typical concern associated with magic mushrooms.

Can You Use Magic Mushrooms with Other Medications?

Magic mushrooms may negatively interact with other medications, including some antidepressants. SSRIs (e.g. Citalopram (Celexa, Cipramil), Sertraline (Zoloft, Lustral) temporarily boost serotonin levels in the brain. In rare cases, this can lead to serotonin syndrome, which can be fatal.

SNRIs (e.g. Desvenlafaxine (Pristiq, Khedezla), Duloxetine (Cymbalta)) could possibly reduce the effects of psychedelics, but there is little definitive evidence in this area. As both psilocybin and classes of antidepressant-like SSRIs work on serotonin receptors, there is some overlap between the two. In general, though, there are few negatives when combining mushrooms with SSRIs or SNRIs.

Consult with your doctor before using psilocybin or any other drug (including cannabis) to assess your personal risk.

Magic mushrooms share a number of similarities but differ in significant ways as well.

With the exception of those with psychosis, neither cannabis nor psilocybin has the same potential for harm as many synthetic, often addictive substances. Psilocybin mushrooms have consistently ranked as one of the least harmful psychoactive substances and have shown real potential for treating a wide range of conditions. The potential of psilocybin to treat diverse conditions is strikingly similar to that of medical marijuana.

First, cannabis hails from the plant kingdom, while psilocybin mushrooms come from the fungi kingdom. Second, cannabis targets the endocannabinoid receptors; psilocybin is metabolized into psilocin by the liver, which acts on serotonin receptors in the brain.

Another thing to remember is that both magic mushrooms and cannabis produce a completely different class of compounds that work together, creating an entourage effect that is unique to each one.

Can You Use Cannabis and Magic Mushrooms Together?

The combination of cannabis and magic mushrooms is popular, but not well-studied. THC is thought to intensify the psychedelic experience, but can also make one more prone to anxiety, depersonalization, disassociation, and paranoia. CBD and terpenes like linalool, myrcene, and humulene may help calm an overly intense trip.

At what stage of the mushroom experience a person decides to use cannabis matters as well. Some may prefer to use at the beginning to reduce nausea and anxiety often associated with the initial stages of the psilocybin experience. Others prefer during the end to help elongate the trip, or to help get to sleep if low-THC varieties are used.

Some may use cannabis in conjunction with magic mushrooms to intensify or calm the experience, depending on what cannabinoids are used. Some people prefer to keep the ingestion of the two substances separate entirely.

There is little research into how the combination of the two substances works together, so your best bet is to speak with a medical professional before proceeding.

Connect with a Leafwell physician today and apply for your medical marijuana card. You can start the process in minutes when you schedule an appointment in our virtual clinic.