Every compound in cannabis plays a vital role in its overall effects, and trans-nerolidol is an essential piece of the entourage effect as THC or CBD. And while it may not be as well known as other common cannabis terpenes such as myrcene, alpha-pinene, and limonene, there are plenty of reasons to learn about this terpene.

Trans-nerolidol, or simply nerolidol, is a terpene found in many plants with intense aromas, such as tea tree, rose, lemongrass, and some cannabis cultivars. It features a complex floral scent mixed with fruit and apples and is often used as a food additive or fragrance. It may have neuroprotective (brain protecting) effects and potential as an antimicrobial.

Nerolidol is a sesquiterpene naturally produced by plants to protect them from insect attacks. It exists in two different molecular structures — trans-nerolidol and cis-nerolidol –and the term nerolidol encompasses both versions.

The cannabis terpene produces a floral, woody aroma that features notes of citrus and melon. It’s commonly found in plants such as neroli, jasmine, ginger, tea tree, lemongrass, lavender, and (of course) cannabis. Due to its complex aroma and flavor, trans-nerolidol is often used in cosmetic and skincare products and food as a flavoring agent.

Researchers have discovered various potential therapeutic uses for trans-nerolidol, particularly in its antibacterial, anti-parasitic properties. Still, more clinical trials are needed to understand the full medical benefits of the terpene. Here’s what we know so far:

A 2007 study found trans-nerolidol was an effective antifungal agent against skin fungus in guinea pigs. Additionally, trans-nerolidol is a significant component of many plants that exhibit the ability to protect themselves from fungi.

A study in 2016 discovered that nerolidol showed antioxidant properties in animals: the terpene protected rodents against oxidative stress, demonstrating potential usefulness in neurological disorders, such as Parkinson’s disease.

Anecdotally, many patients have pointed to nerolidol as an herbal remedy for calming anxiety and achieving sleep. A 2016 study on mice found that trans-nerolidol had an anti-anxiety effect on mice, while another test on rodents found that the terpene also produced sedative effects in an open field test.

The nerolidol terpene may affect certain strains of bacteria, making them more susceptible to antibiotics, according to a 2003 study. Another study published in 2007 showed that trans-nerolidol could be a potential aid in fighting malaria when used with other medicines. 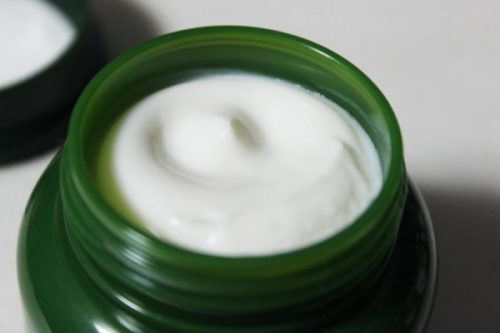 Currently, there are no known risks or side effects to using trans-nerolidol. However, more clinical research is needed to understand better how trans-nerolidol may negatively interact with the body.

As a minor terpene, it’s somewhat tricky to find cannabis strains specifically high in trans-nerolidol. However, there are a few recognizable cultivars with the terpene, identifiable by their woody, floral aroma:

What is trans-nerolidol good for?

Its woody, floral aroma and presence in orange blossom and tea tree oil make trans-nerolidol useful in developing lotions and perfumes. The terpene is also a component of ginger, so it’s often cooked or baked within various recipes. The food industry often uses nerolidol as a flavoring agent in many products such as candy or chewing gum.

Trans-nerolidol features a floral and woody aroma with hints of citrus, melon, apples, and lemongrass.

How does trans-nerolidol make you feel?

Guide to Pinene, the Pine-Scented Terpene

Pinene is a powerful terpene found in cannabis, pine trees, and more, and provides some profound health benefits and effects for users.

Guide to Geraniol, the Sweet-Smelling Terpene With Anti-Inflammatory Benefits

Geraniol is a terpene found in the cannabis plant that produces a floral and citrus fragrance. It provides anti-inflammatory and anti-fungal properties.