2020 has been quite the year for people the world over, and the US in particular. An election that has proved more divisive than any other in recent US history, racial and economic injustices that sparked protests around the world, and of course the coronavirus pandemic, which has seen many different businesses shut up shop.

Medical cannabis and telehealth, meanwhile, have been managing to keep afloat during this difficult time. In fact, it is arguable that the pandemic has prompted greater acceptance than ever, with cannabis legalization sweeping the US since November, 2020. Telehealth we can understand, as people need to be able to speak to doctors whilst maintaining social distancing. But why has medical cannabis done so well? Here’s some good reasons why:

How Medical Cannabis Helped People During the COVID-19 Pandemic

Leafwell, which brings together the worlds of cannabis and telehealth, has been at the forefront of this explosion. Here’s some of the key findings over the last 12 months. 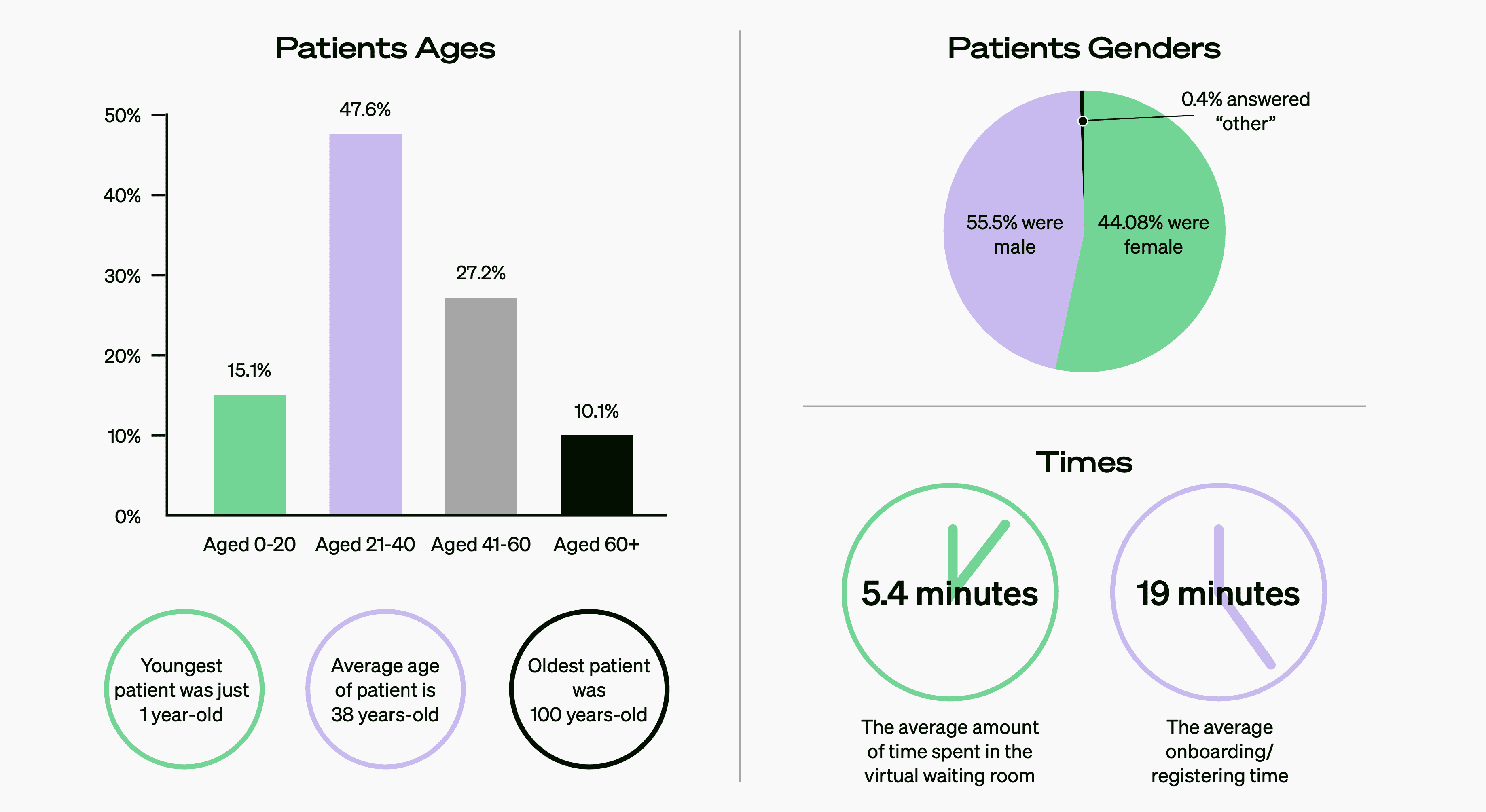 Less commonly chosen, but still of interest as they are symptoms that are common for several conditions, are:

Headaches and migraines were also a commonly listed symptom people sought relief from, but are not very common qualifying conditions on their own. 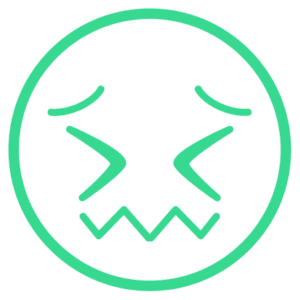 Chronic pain is the most common qualifying condition. This is likely because chronic pain is associated with pretty much every health problem. Suffering from chronic pain also increases the likelihood of suffering from anxiety, depression and insomnia. These conditions feed into one another and form a vicious cycle, making pain worse, and increasing the number of pills being prescribed.

Chronic pain is treated by several different medications, including analgesics like Tylenol/paracetamol (acetaminophen), non-steroidal anti-inflammatory drugs (NSAIDs) like ibuprofen, steroid-based medications such as dexamethasone, antidepressants such as duloxetine, gabapentin (nerve pain), and opioid-based drugs like hydrocodone. Opioids are addictive, and the others can have severe side-effects if too much is used or if use is long-term. Combined, they can increase the chances of overdose.

Cannabis can work for chronic pain because: 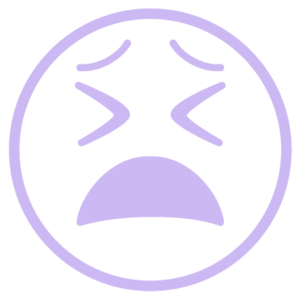 Anxiety disorders are one of the most common forms of mental illness in the United States, affecting 40 million adults  in the US aged 18 and over, or around 19.1% of the population, every year. [5] Anxiety is often comorbid with conditions such as depression and bipolar disorder, and also plays a part in chronic pain, irritable bowel syndrome (IBS) and other inflammatory bowel diseases (IBDs) as well. PTSD is sometimes listed as an anxiety disorder as well.

Due to anxiety’s effect on serotonin receptors, selective serotonin reuptake inhibitors (SSRIs) are the most common first port-of-call. In some cases, treatment can include benzodiazepines such as lorazepam (Ativan), alprazolam (Xanax) and diazepam (Valium), but problems include addiction and inefficacy for some types of anxiety disorder.

Here’s why medical cannabis can work for treating anxiety: 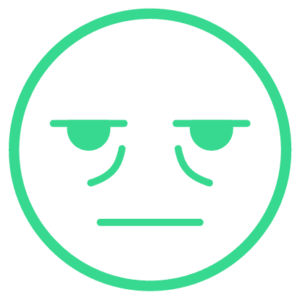 Approximately 30% of the population of the US suffers from some form of sleep disturbance[12], with 10% having symptoms associated with insomnia. There are two main types of insomnia: primary and secondary. Primary insomnia is insomnia that stands alone and is not related to any other health problem. Secondary insomnia occurs due to the side-effects of other conditions. Exercise-induced anxiety and insomnia is also a problem for athletes.

There are three main types of insomnia: transient insomnia, which is insomnia that lasts less than a week; acute insomnia, aka short-term insomnia, which lasts less than a month; and chronic insomnia, which is insomnia that lasts longer than a month. Those with high levels of stress hormones and drastic shifts in the body’s level of cytokines (small proteins important for cell signalling) are more likely to suffer from insomnia. These changes in hormones and levels of cytokines is one of the reasons why insomnia leads to a weakened immune system and joint pain. [13]

Cannabis can help treat insomnia because: 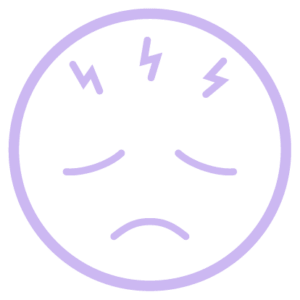 Approximately 5% of Americans – around 13 million people – have PTSD  at any one given time. It is estimated that approximately 8% of adults, or 1 in 13 people, in the US will develop PTSD during their lifetime. [17] PTSD leads to an increased risk of suicide and addiction to substances, and being constantly stressed may well make one more susceptible to other illnesses. Warfare, assault, rape/sexual assault, traffic collisions and threats to a person’s life are common causes of PTSD. PTSD has a genetic componentto it as well. [18]

Antidepressants – particularly of the SSRI subgroup – and counselling are the first treatments for those suffering from PTSD. However, these treatments are not always effective, and many medications like benzodiazepines may make things much worse. Whilst cannabis’s efficacy for PTSD isn’t definitively proven as of yet, many veterans  have used it to alleviate the symptoms of “shell shock“. [19] [20] There is also a solid body of evidence suggesting that cannabinoids can be used in place of sedatives. A paper produced by Steep Hill Labs suggests that using 2.5-5mg of cannabinol (CBN)  has the same results as using 5-10mg of diazepam (Valium). [21]

People suffering from PTSD have much lower levels of the endocannabinoid, anandamide (our body’s own natural THC). [22]

Cannabis can help treat PTSD because: 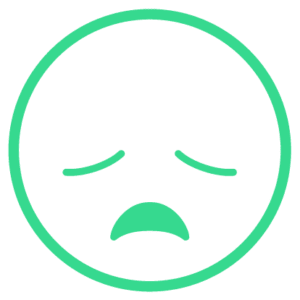 Alongside anxiety, depression is one of the most common types of mental health conditions in the U.S., affecting just over 26% of the population.  Major depression affects around 16.1 million Americans, which is 6.7% of the population. [23] Depression may be comorbid with many other conditions, and can both be a factor in causing another mental or physical health problem, as well as a symptom of another, deeper underlying problem.

Antidepressants as they currently stand have a very high therapeutic index, and are not highly addictive. They work by increasing the levels of neurotransmitters like serotonin (selective serotonin reuptake inhibitors – SSRIs) and noradrenaline (noradrenaline and specific serotonergic antidepressants – NASSAs). The increasing levels of neurotransmitters may also disrupt pain signals,  making them a mainstay in treating chronic pain conditions. [25]

Cannabis can help treat depression because: 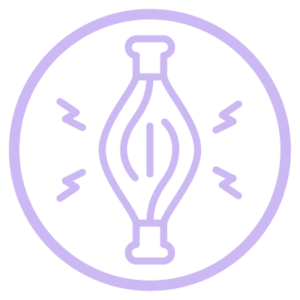 A muscle spasm is a sudden, involuntary movement in one or more muscles. They are also called muscle cramps or twitches. Muscle spasms and spasticity are caused by damage to the brain and spinal cord, causing an imbalance in the inhibitory and excitatory signals sent to the muscles.

Spasms can cause tightness, soreness and tenderness. Muscle spasms are associated with neurological conditions like multiple sclerosis (MS), Parkinson’s disease and epilepsy, where spasticity is a common symptom. Diabetes, irritable bowel diseases and kidney disease can also cause muscle spasms.

Common antispasmodic (muscle relaxing) medications include dicyclomine (Bentyl), hyoscyamine (Levsin), baclofen (Lioresal), metaxalone (Skelaxin) and cyclobenzaprine (Amrix). Common side effects include blurred vision, dizziness or drowsiness, and dry mouth. Benzodiazepine-based sedatives may also be prescribed for muscle spasms. Many antispasmodic drugs should not be used in the long-term. 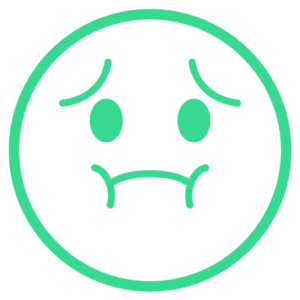 Although nausea and vomiting were not often chosen as the main qualifying symptoms, this may partially be due to the fact that, as with symptoms like appetite loss, insomnia and anxiety, it is not necessarily a qualifying condition on its own. Many cancer patients, for example, could be choosing chronic pain or another qualifying condition. States sometimes list nausea only if it is “severe” or “intractable”.

Nausea is a common aspect of many conditions and illnesses, as well as medications and treatments, e.g. chemotherapy, antibiotics, colds and flus, narcotic pain medications. Common causes of nausea include low blood sugar, gastroenteritis (stomach infection), food poisoning, morning sickness in the first trimester of pregnancy, migraine, motion sickness, dizziness and fainting. Anxiety, depression and disgust (e.g. seeing or smelling something particularly nasty) may also cause nausea. There is also a rare condition known as “cyclic vomiting syndrome” (CVS), which may cause sudden, repeated attacks of nausea and vomiting.

Medications used to prevent and treat nausea are called antiemetics. The most commonly prescribed antiemetics include promethazine (a strong sedative with weak psychoactive effects), metoclopramide (Primperan, Reglan) and ondansetron (Zofran).

Cannabis may be useful for treating nausea / vomiting because: 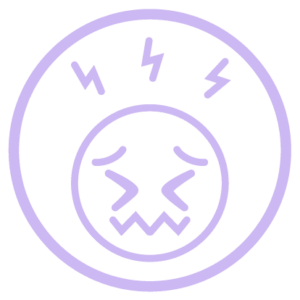 Headaches and migraines cost the United States approximately between $13 and $17 billion per year. [37] There is not always a known cause of headache and migraine, although it is a common feature of many other ailments, and it usually involves the restriction of blood vessels in the brain, reducing the amount of oxygen received.

Pain, depression, diet, other medications, hormonal changes, stress, illnesses such as cold and flu, and environmental factors (e.g. a lack of oxygen in the air) may cause headaches and migraines. Headaches and migraines may be the result of abnormal brain activity resulting in the nerves, blood vessels and chemicals in the brain being affected.

As the precise causes of headaches/migraine are unknown, treating them – especially long-lasting, persistent ones – is a mystery as well, as they don’t always respond to standard pain relievers. Migraines in particular are difficult to treat, and the usual course of ibuprofen or paracetamol (acetaminophen) may not work.

Cannabis may prove to be an effective migraine-killer without the need to use opioids and other potentially addictive and/or dangerous non-steroidal anti-inflammatory drugs (NSAIDs). CBD could help “calm down” nerves, and its action on serotonin receptors [38] may make it particularly useful for treating headaches.

The mechanism behind the relief to migraines cannabis provides is unknown, but it could be because of an endocannabinoid deficiency and an abnormal inflammatory response. [39] Cannabis may also dilate blood vessels, allowing more oxygen to circulate around the brain.

Currently, a class of drugs known as “triptans” are used as they work by blocking proinflammatory compounds in the brain. However, triptans are expensive, have lots of side-effects such as nausea and vomiting, and insurance companies often limit the amount of triptans that can be dispensed to patients.

Cannabis may be useful for treating headaches / migraines because:

Due to greater acceptance of medical marijuana, a better understanding of the science behind it, cannabis’ ability to reduce intake of more addictive drugs or medications (in particular alcohol, sedatives and opioids), implementation of shelter-in-place and social distancing policies, and a push towards better health during the COVID-19 pandemic, we expect 2021 to be even busier than last year. Improvements in telemedicine technology and the opening up of more medical and recreational cannabis markets will help move this trend along.

You can find out more about how medical cannabis helps with different medical conditions on our blog. Plus, sign up to our newsletter for regular updates:

[11] ‘Low-dose THC can relieve stress; more does just the opposite‘, University of Illinois at Chicago, June 2, 2017

[20] ‘What does the evidence show about cannabis for veterans with PTSD?‘, April 02 2018, written by Corinne Hodgson, DHealth, assessed for accuracy by the Directors of CMCR. Michael G. DeGroote Centre for Medicinal Cannabis Research, McMaster University