The endocannabinoid system (ECS) is a complex arrangement of networks in the body that is heavily responsible for regulating bodily functions and organs. Its job is to maintain homeostasis and keep the body operating at a stable rate regardless of any external influences. Any type of endocannabinoid system deficiency is likely to adversely affect the body and can result in well-known conditions like migraines, severe muscular pain and irritable bowel syndrome. 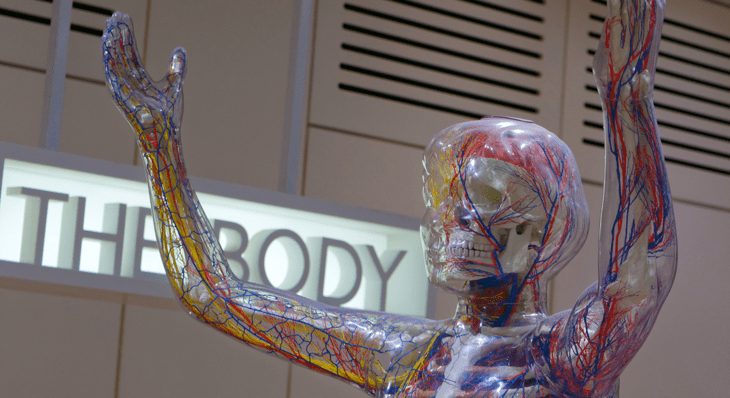 How Does the Endocannabinoid System Work?

The ECS was discovered in the early 1990s at the National Institute of Drug Abuse by scientists who were able to identify the DNA sequence that encodes tetrahydrocannabinol (THC)-sensitive receptor in the brain of a rat. From 1990 to 2000, research into how this sequence operates turned into endocannabinoid system research once they confirmed that humans had an ECS, and the magnitude of its importance began to come to light. The possibility that doctors could manipulate the ECS to alleviate debilitating symptoms of a variety of illnesses sent a thrill through certain sections of the scientific community.

CB1s are mainly located in the central nervous system and CB2s are found primarily in the peripheral nervous system. CB1 receptors can link with THC and produce a psychoactive reaction. Activated CB1 receptors also produce the other sensations that cannabis users experience like an increase in appetite and pain mitigation.

The CB2 receptor is known to link with cannabidiol (CBD) and works across the immune and gastrointestinal systems to regulate inflammation, appetite, and pain. The endocannabinoid system and CBD have a special relationship because the CBD improves the functionality of cannabinoid receptors which helps the ECS maintain homeostasis. CBD can facilitate and restore natural balance when it interacts with the ECS. Even if the cause of certain unwanted symptoms is unknown, it IS known that cannabinoids, not only THC and CBD, can provide help.

Clinical Endocannabinoid Deficiency (CED) is the belief that certain crippling conditions can be linked to issues with the ECS. The theory first surfaced in 2001 and was more thoroughly posited in a study published in 2004 by neurologist and psychopharmacology researcher Ethan Russo. Russo proposed that issues with migraines, fibromyalgia (an awful condition that causes pain all over the body, as well as fatigue, sleep problems, mental and emotional issues), irritable bowel syndrome and other conditions that physicians find difficult to address are the result of endocannabinoid deficiency symptoms. The body might not be producing enough endocannabinoids or certain receptors might be absent or malfunctioning. When this happens, the body’s balance is lost, and diseases linked to the immune system can result.

In terms of endocannabinoid deficiency and fibromyalgia, migraine and IBS, the unifying trends Russo noted were the following:

How to Treat Endocannabinoid Deficiency

Like much of what remains unknown about the ECS, the options for endocannabinoid deficiency treatment lack substantial scientific understanding. Beyond Russo’s work, there has been a disappointing amount of research on CED and why it occurs. Genetic makeup, serious injury and diseases have been discussed as possible causes for CED onset, but nothing has been confirmed. What is known is what happens when the body is not balanced. Improper or inadequate endocannabinoid production and signaling has been linked to anxiety and depression. Endocannabinoids also help regulate bone metabolism and tissue creation. Since the ECS monitors so many of our body’s vital biological systems, it is important to maintain a proper endocannabinoid “tone.”

Russo’s suggestions for treating CED and maintaining a strong endocannabinoid tone combine basic advice like maintaining a healthy lifestyle with the introduction of cannabinoids to attempt to activate failing or inoperative receptors. A daily routine of aerobic exercise that is low intensity over a longer period of time and a diet replete with fatty acids like omega-3 can assist with endocannabinoid production and synthesizing. Foods like fish, shrimp, walnuts and oysters are heavy in omega-3 acid.

Low amounts of THC (to keep tolerance low) and the other incredibly beneficial cannabinoids in cannabis like CBD, cannabinol (CBN), and cannabigerol (CBG) can also help treat CED as they link with and stimulate receptors across the body. The vast amounts of terpenes produced in cannabis work with the body’s receptors and naturally occurring cannabinoids to contribute to the entourage effect, which provides a therapeutic umbrella and can ease the symptoms of clinical endocannabinoid deficiency.