With all the talk about THC and CBD, we often forget about the other cannabinoids found in cannabis. Yet, these compounds play an essential role in cannabis, both by affecting CBD and THC and having their own unique properties.

Cannabigerol (CBG) is one such cannabinoid. It is responsible for creating  THC and CBD and is the third-most common cannabinoid in the cannabis plant.

While CBD is still a hot topic cannabinoid, the excitement around CBG is escalating and may soon have its place in the limelight. Science has shown that CBG has therapeutic potential for chronic pain, neurogenetic disorders, multiple sclerosis, and many other medical conditions.

This article covers the basics of what CBG is, how it works, and potential uses and side effects to consider when seeking to use CBG to improve your wellness.

How CBG Is Made

Cannabigerol (CBG) is a “parent” cannabinoid to many other cannabinoids found in the plant. CBGA, its acidic form, is the chemical precursor for THCA and CBDA, which are the acids that become THC and CBD when heated by fire or turned into vapor.

Cannabigerol is formed naturally in the cannabis plant, with more of the cannabinoid found in younger plants before they convert into other chemicals. As cannabis plants age, the amount of CBG they contain decreases.

CBG is a partial antagonist (meaning it blocks or reduces the responsiveness) of both CB1 and CB2 receptors in the presence of THC and has a low affinity for them. CBG can also inhibit the reuptake of anandamide (the body’s THC analogue), which can improve mood and act as a pain killer or distractor.

However, it is not so simple. CBG has also been shown to be a weak or partial agonist of CB1 and CB2 receptors but does not cause the same as high as THC. CBG may help alleviate chronic pain,  nerve pain, cachexia, anxiety, and depression. CBG is noted to have an appetite-stimulating effect.

Does CBG Make You Feel High?

The endocannabinoid system processes CBG as other cannabinoids interact with the body. It does not make you feel “high” or “stoned.” CBG may counteract the psychoactive effects of THC to some extent, as it competes with THC at the CB1 receptor. However, the presence of CBG may also elongate THC’s effects to some extent while dampening it.

However, CBG still interacts with the body and has a physiological effect. CBG is more of a “non-intoxicating” cannabinoid than a non-psychoactive one. CBG can boost anandamide without psychoactive effects, so it could be a mellower alternative or addition to THC.

Recent clinical research shows that CBG may have a host of therapeutic effects, though human studies in this corner of cannabis research are sparse.

However, some promising animal studies show that CBG may be useful for the following health conditions.

CBG may be useful for treating depression and anxiety. CBG is a GABA reuptake inhibitor, which increases the amount of GABA available in the body.

GABA is the body’s primary inhibitory neurotransmitter, and increasing GABA can lead to muscle relaxation, tension relief, and a sensation of calm and peace in the body and brain. Inhibiting GABA reuptake can also increase the amount of dopamine in the body.

GABA reuptake inhibitors like tiagabine are already used for generalized anxiety disorder (GAD), which points to CBG as a promising treatment for anxiety. GABA deficits are also associated with depression; therefore, CBG could be particularly useful for a low mood.

CBG’s anti-inflammatory properties could make it particularly useful for conditions that affect the bowels, including inflammatory bowel diseases (IBDs), Crohn’s disease, and colorectal cancers. An animal study found that CBG had beneficial effects on reducing inflammation similar to IBD in mice and the production of nitric oxide.

CBG may also help increase appetite due to its effect on CB1 receptors, potentially very useful for cachexia and eating disorders.

Research has pointed to CBG as a potential aide in treating glaucoma. A study found CBG reduces intraocular pressure (IOP) and increases healthy activity to maintain eye pressure and provide the eyes with nutrition.

Huntington’s disease causes a breakdown of nerve cells in the brain. In addition to THC and CBD’s neuroprotective capacity, research shows that CBG acts as a neuroprotectant and inhibits damage to nerve cells.

The same study showed that CBG and other cannabinoids improved motor deficits and protected the brain from neurotoxicity. These results also have promising potential benefits for other neurodegenerative conditions, such as multiple sclerosis.

CBG is one of the few genuinely neurogenic compounds in the world and is rarely found in nature. It is of particular interest to sufferers of myalgic encephalomyelitis/chronic fatigue syndrome (ME/CFS) thanks to its ability to dampen inflammation and limit mast cell degranulation.

Because of its neurogenic properties, individuals with amyotrophic lateral sclerosis (ALS) may also benefit from consuming CBG. CBG’s antioxidant and anti-inflammatory properties have shown the promising therapeutic ability of CBD and CBG to soothe pain associated with ALS.

A review examined CBG’s and other cannabinoids’ therapeutic potential for brain trauma and found considerable evidence for the neuroprotective ability of CBG to defend the brain from long-term damage due to physical trauma.

Research has indicated that CBG showed some promise in blocking the receptors responsible for cancer cell growth and inhibiting the growth of colorectal cancer cells. As such, CBG may be a treatment and potential preventative for some cancers.

Possible Side Effects and Interactions

Little research has examined CBG’s effects and its interactions with other drugs. However, due to CBG’s antibiotic potential and its anti-inflammatory and antiemetic (nausea-beating) effects, it is reasonable to assume that CBG will interact with the following types of medications:

How to Use CBG

The most common method of using CBG is in oil form. In cannabis plants, CBG is usually only present in small amounts, making it somewhat tricky and expensive to find at your average dispensary. CBG is also notoriously expensive to isolate, as the equipment required to do so is costly.

Making CBG easier to derive from the plant is a profitable endeavor, so there is an incentive to breed more CBG-rich varieties. As such, a few strains breeders have created to specifically contain higher levels of CBG. 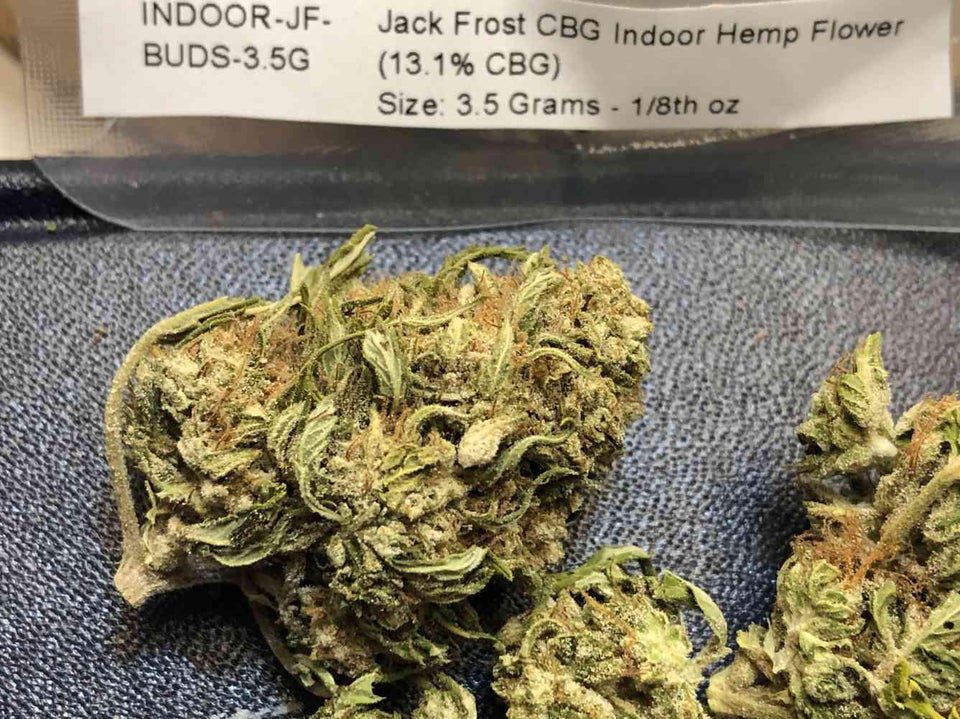 While the research is still building, CBG already shows many promising signs as a therapeutic cannabinoid in its own right and in tandem with THC, CBD, and their ilk. Here at Leafwell, we believe all cannabinoids have their uses and can be used separately and together for important therapeutic purposes.

Ready to learn more about CBG and cannabis’ other cannabinoids? Connect with a Leafwell physician today.

America has a pain problem. According to the CDC, an estimated 20.4 percent of all American adults deal with chronic pain. That's an astounding 50 million…

What Is CBN? Guide to the Cannabinoid

Cannabinol (CBN) is a the degraded form of THC, and is noted for its sleepy effects. This makes CBN and cannabis potentially very useful for insomnia.