Terpenes play an essential role in the distinct bouquets of any cannabis strain, and chances are if you’re a fan of Tangie or any other citrus-smelling strain/cultivar, you’re familiar with valencene.

Valencene is a less common terpene found in cannabis that produces the smell of sweet oranges, herbs, and fresh wood. It is so-named for its abundance in Valencia oranges and features a host of promising antioxidant and anti-inflammatory properties, making it useful for treating conditions like cancer. Valencene is also a powerful insecticide often found in bug spray.

Valencene is part of a group of larger, more complex terpenes called sesquiterpenes and is less common in cannabis than the similarly citrus-smelling limonene. Valencene derives its name from the Valencia nature, the plant in which it most commonly occurs. The terpene features a sour taste with an herbal sweetness, more akin to oranges than lemon-like limonene.

Valencene can be found in many citrus fruits, such as grapefruit, tangerines, nectarines, and mangos. It appears in Chinese Bayberry, a valued medicinal herb, and is also the precursor molecule to nootkatone, the terpene responsible for the distinct aroma of grapefruit. 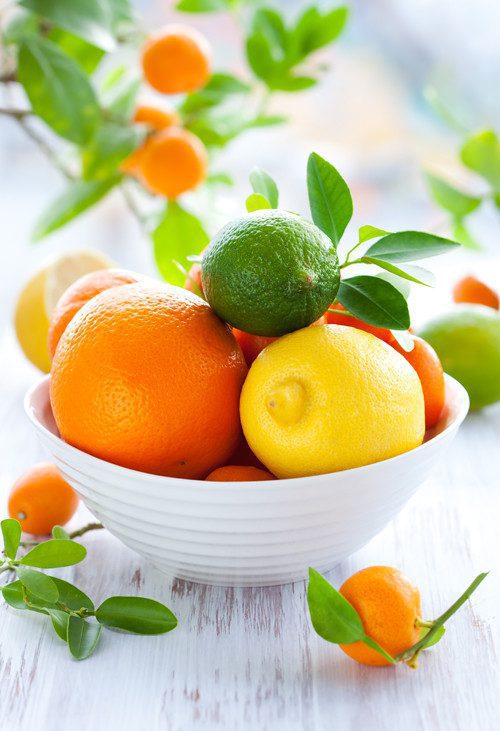 Like its fellow citrus terpene limonene, valencene reportedly produces euphoric, mood-boosting effects when found in cannabis strains. While the research is limited, science has found promising evidence for valencene’s health benefits and potential medical use.

A study that examined valencene and other terpenes found that the chemical reduced inflammatory response, potentially supporting the body’s immune response. Another study supported these findings, observing that valencene displayed inhibitory anti-allergenic activity in mice.

Valencene also has indicated potential usefulness in preventing and treating different cancers. One study found that valencene boosted skin protection and had a therapeutic impact on cells with melanoma. A more recent study observed that valencene improved the efficacy of Doxorubicin, a drug commonly used in chemotherapy against more resistant cancer cells.

Finally, valencene’s usefulness as an insecticide can protect users against disease-carrying pests.

Current research reports hardly any potential risks and no known side effects in consuming or topically using valencene. However, as with many essential oils, there is a slight risk of skin reactivity with topical use. Valencene is only toxic to insects, making it a helpful bug repellent.

While sesquiterpene is less common in cannabis, many consumers mistakenly attribute to limonene the citrusy-sweet and fresh-cut-wood bouquet that belongs to valencene. A few strains/cultivars that more prominently feature valencene include:

What is valencene used for?

Valencene is a powerful insecticide, useful in pest-control products and topical bug sprays. The terpene is also prominent in many citrus-smelling beauty and personal care products, household cleaning products, and food items.

Valencene is most commonly found in Valencia oranges, where the terpene gets its name. You can also find valencene in other citrus fruits, such as oranges, mangos, grapefruit, and tangerines, as well as the medicinal herb Chinese Bayberry.

What are the top uses for valencene?

Terpenes have a range of uses, and unlike cannabinoids, many of them do not necessarily target the endocannabinoid system (although some of them do, like beta-caryophyllene). Terpenes like valencene may instead work on other receptor systems, like serotonin receptors. This means that they can have health benefits of their own, and these benefits may even be increased by the addition of cannabinoids. More research into how cannabinoids, terpenes and flavonoids work together is much-needed.

Complete Guide to Myrcene, the Terpene That Gives Cannabis Some ‘Spice’

Myrcene is often the most abundant terpene in the cannabis plant.

Delta 3 Carene: The Terpene for Healthy Bones (and Can Cause Cottonmouth)

Understand the health benefits of delta 3 carene and why it can cause cottonmouth in our latest explainer.

The anti-inflammatory effects of weed means that it can help reduce swelling. Learn everything to know, along with strains that can help.