The main difference between sativa and indica cannabis plans is that sativa plants produce more energizing effects when ingested, while indica plants help with deep relaxation. Hybrids are cannabis plants that are a combination of indicas and sativas.

But there are nuanced differences between indica and sativa. For example, indica plants have a fuller, bushier appearance, while sativa plants appear more slender and sparse. Learn how to distinguish these cannabis plants in our complete indica and sativa weed guide.

Sativa is cannabis from Eastern Europe, Russia, or Central Asia. Hemp varieties, often grown for their stalk and fiber rather than flower, could be classified as Cannabis sativa. This cannabis plant is taller and has a flowering time ranging from 10 to 14 weeks. Branches are spaced out, and the buds/flowers are less dense. 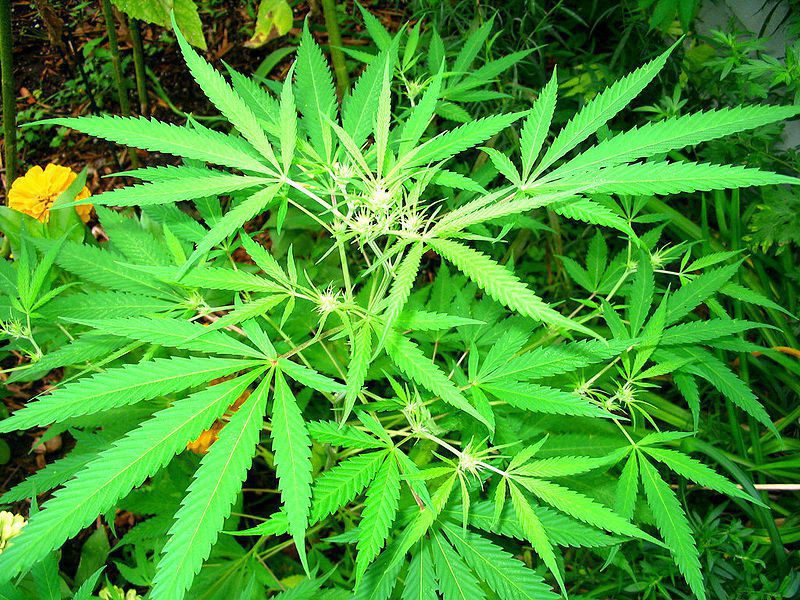 Sativas usually contain more THC than CBD, and prominent terpenes can include beta-caryophyllene and limonene. Some sativas from equatorial regions are high in tetrahydrocannabivarin (THCV).

Sativa produces a high that could make you feel on top of the world, able to conquer any challenge. You may feel creatively inspired when using sativas, or you may feel like running a marathon.

This is not always true, but our popular understanding of what a sativa does. Perhaps a more accurate way to see if a sativa has a more uplifting effect is to look at the cultivar, the region, and the cannabinoid and terpene content.

Varieties that contain THCV combined with cannabigerol (CBG), limonene, pinene, and beta-caryophyllene may have more energizing effects and are typically from equatorial regions. Examples of these strains include Durban or Mozambique Poison.

Use sativas during the day, especially in the morning, perhaps in place of a cup of coffee. Avoid using sativas at bedtime, as the energizing effects can lead to insomnia.

Here are five of the most popular sativa strains:

Indica is cannabis from India and Afghanistan. Due to the harsh, mountainous conditions Cannabis indica grows in, tends to be shorter and stouter in size, and can grow well in more temperate climates. Indicas also have a shorter flowering time of between six to nine weeks.

Indicas usually contain high levels of THC (similar to the amounts found in Cannabis sativa). However, some indica varieties also have high amounts of CBD. Terpenes like limonene, linalool, beta-caryophyllene, and myrcene may be more likely present.

Indica strains are known for producing the “couch lock” effect in which you are glued to your seat and don’t want to move. Indica effects could feel more tolerable for some people due to the higher CBD content, leaving them pleasantly sedated from head to toe.

But to say again, these are rough distinctions and do not hold all the time. Many CBD-rich cannabis varieties are sativas, meaning that the potential for a cannabis plant to express a variety of different cannabinoids is within its genetic makeup.

The environment a plant is grown in (temperature, humidity, altitude, etc.), at what point it was harvested in its flowering cycle, and the amount of light received make a difference in which cannabinoids are ultimately expressed.

Some people use indica strains at night as a natural sleep aid. While indica strains may or may not help you sleep, they are best to use when you’ve cleared your schedule and can relax.

Here are five of the most popular indica strains:

Other Types of Cannabis

There’s more to the world of cannabis than just indica and sativa. Ruderalis and hybrids are other cannabis plants that produce strains with distinctive characteristics.

Cannabis ruderalis is low in THC and doesn’t get most people high. Most ruderalis strains contain less than 3 percent THC and are rich in CBD. Cannabis ruderalis is native to Central and Eastern Europe and Russia. Due to the short growing seasons in such environments, Cannabis ruderalis growth and flowering are triggered by age rather than light. This is called “auto-flowering,” a characteristic that provides vast benefits for the cannabis-growing community.

There is a lot of debate about whether ruderalis is a subspecies of Cannabis sativa, but the plants can be crossed with one another. This can reduce THC content in some cases but can also improve disease resistance and reduce the height of the plant, making it ideal for guerilla growers and those growing in more temperate climates.

Hybrids are the wild cards of cannabis strains. They could contain a sky-high amount of sativa and rock bottom level of indica, or vice versa (and everything in between). Unless you know the sativa-indica concentrations (and your response to cannabis), there’s no way to determine what effect you’ll experience except by cannabinoid and terpene testing.

Girl Scout Cookies, OG Kush, and White Widow are among the most popular hybrid strains.

Hemp is a variety of Cannabis sativa grown for its stalk and fiber content rather than its cannabinoid content. This means that, even though hemp does produce cannabinoids, it does so at a much lower level than sativas or indicas. Hemp may contain higher CBD levels than THC, and hemp may also have more CBD compared to THC-rich varieties of cannabis.

While hemp is related to sativa and indica, it is not entirely the same, as they have different uses and chemical compositions. The other distinction is legal — hemp must contain less than 0.3% THC in the U.S. Otherwise, it is considered “cannabis” or “marijuana” (the illegal kinds).

A landrace cannabis strain or varietal is a type of cannabis grown in a specific geographic location but has not been crossed and hybridized with any other kind of cannabis. Landrace varieties are where you may find distinct chemical compositions and growth patterns in the cannabis plant, so this is one area where a sativa/indica distinction may be more apparent.

Landrace cannabis can be difficult to grow outside its environment of origin, and many become hybridized eventually to improve their vigor and adaptability to different climates. However, breeders often attempt to retain the original characteristics of the landrace variety to keep their unique profiles in the cannabis gene pool.

Choosing the Right Cannabis for You

What works for you could come down to a range of factors. No matter how you classify cannabis, indica, sativa, hemp, and ruderalis, plants may benefit you. You may even prefer more CBD during the day to help ease pain and anxiety when out and about, but something with a little more THC and cannabinol (CBN) at the end of the day when you need to get to sleep.

Ultimately, the best way to determine if a strain or product works for you is to look at the test results on the packaging and test a few different products for yourself. Do not rely on the indica/sativa distinction, as these are now mostly meaningless (there are still some differences in the terpenes expressed).

Another thing to consider is that the same cannabis “strain” (e.g., OG Kush) could vary wildly in its chemical composition from one place to another. This could be due to mislabelling or a breeder attempting to sell different seeds under a well-known name, but it can also be due to different environments.

Getting the correct dose is one of the most challenging yet crucial aspects of using cannabis, which is why getting a doctor’s prescription is advisable. Here are some general guidelines for dosing, whether you’re using indica, sativa, ruderalis, or hybrid strains. 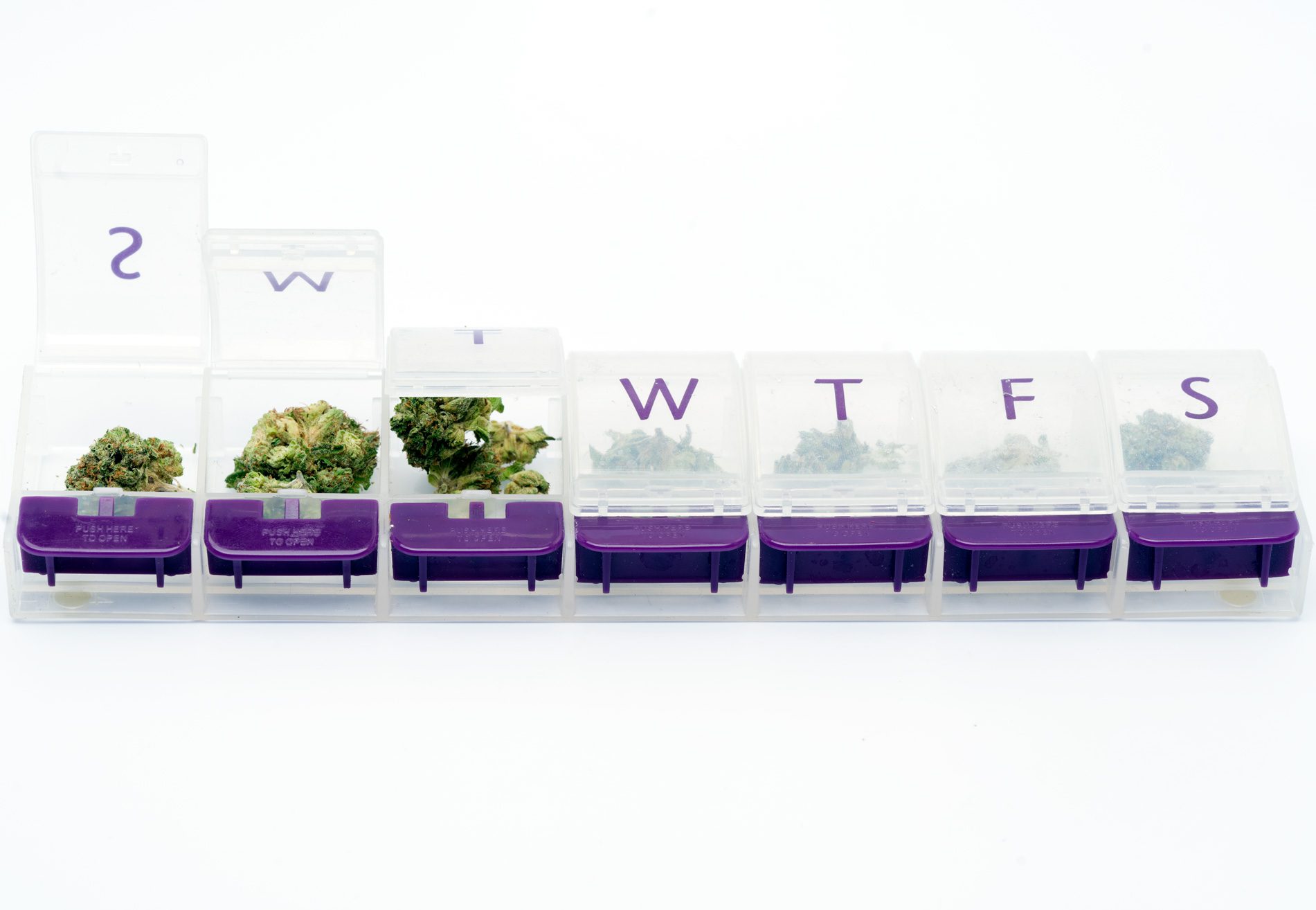 Sativa vs. Indica: The Bottom Line

It is no secret that many of today’s strains are based on a handful of genetics released many years ago, so without concerted breeding for specific traits in chemical makeup, many strains are more likely to be similar than different, with the occasional outlier.

Perhaps the best way to get to the heart of this matter is to take a closer look at all the strains and consider any differences in the cannabinoids and terpenes playing their part in the entourage effect.

There could be differences we are not seeing, and maybe some types of cannabis from specific countries are unique. Still, it is best to look at what compounds the cannabis contains and not what it looks like when being grown and arbitrarily labeled by the grower, dispensary, or anyone else with a potential bias.

Then, we can see patterns and discern genetic similarities between strains properly. Until then, all evidence suggests that the traditional classification method is mostly wrong, and we may need to eliminate it.

How do you tell the difference between sativa and indica?

According to our old understanding, Sativas produce more of an energizing “head” high, while indicas have more of a couch lock, “body” effect.

These distinctions are arbitrary and have no real bearing on reality. The only way to tell the difference is to grow them, and the plant is tall like a sativa or short and bushy like an indica.

Is sativa an upper or a downer?

According to the old distinctions, sativas produce the effects of uppers, while indicas have more downer effects. Hybrids can produce an upper or downer effect depending on the sativa-indica concentrations.

Again, these are inaccurate labels, so we should take them with a pinch of salt.

Yes, according to previous trains of thought in the cannabis community. Sativa highs tend to be more “cerebral” and may infuse the user with fresh ideas and energy. Indica highs tend to be mellower and allow users to unwind in neutral headspace.

But to repeat, these distinctions are mostly inaccurate. The effects differ based on the plant’s chemical composition, not how it grows. Regardless of sativa or indica dominance, every individual’s experience using cannabis will be unique.

Apply for a medical marijuana card if you want to explore firsthand the differences between sativa and indica strains and get into the debate on whether there are any differences. Contact Leafwell’s on-call doctors and get a medical card online today.

Indica strains are known for being relaxing, and some of the best include Granddaddy Purple, Hindu Kush, and Mac and Cheese.