Until a couple of weeks ago, no one knew Gary Chambers, Jr., a democratic candidate for Louisiana’s seat in the U.S. Senate. This was before he released a campaign ad that showed him smoking marijuana.

The clip showed the poised advocate for social justice slowly puffing a blunt while explaining how every 37 seconds, another American is unjustly arrested for cannabis possession, with Black men like Chambers statistically four times as likely to be arrested, according to the ACLU.

This powerful messaging comes from the first major-party Senate candidate to publicly, proudly reveal his cannabis use. It normalizes cannabis, drawing attention to how using it should be just as normal as enjoying a beer, and, more importantly, subverts the poisonous, racist mythos of the War on Drugs, showing that cannabis users and Black leadership can easily go hand in hand.

In this article, we explore the work of Black politicians leading the charge on cannabis legalization and what their influence means for the future of this remarkable plant.

Former President Barack Obama has long supported cannabis use, as evidenced by the several documented photos and biography snippets depicting him smoking it.

While serving as president, Obama supported keeping state laws around cannabis legalization intact rather than dismantling them. In 2016, he indicated that cannabis should be a “public-health” discussion on par with cigarettes and alcohol, helping to remove the stigma around the plant. After his presidency, he has continuously pushed for social justice and equity surrounding violations of outsized War on Drug-era punishments for possession and nonviolent crimes.

“Middle-class kids don’t get locked up for smoking pot, and poor kids do … We should not be locking up kids or individual users for long stretches of jail time when some of the folks who are writing those laws have probably done the same thing.’

This normalization of cannabis early in Obama’s presidency paved the way for future changes in legislation at the federal level. 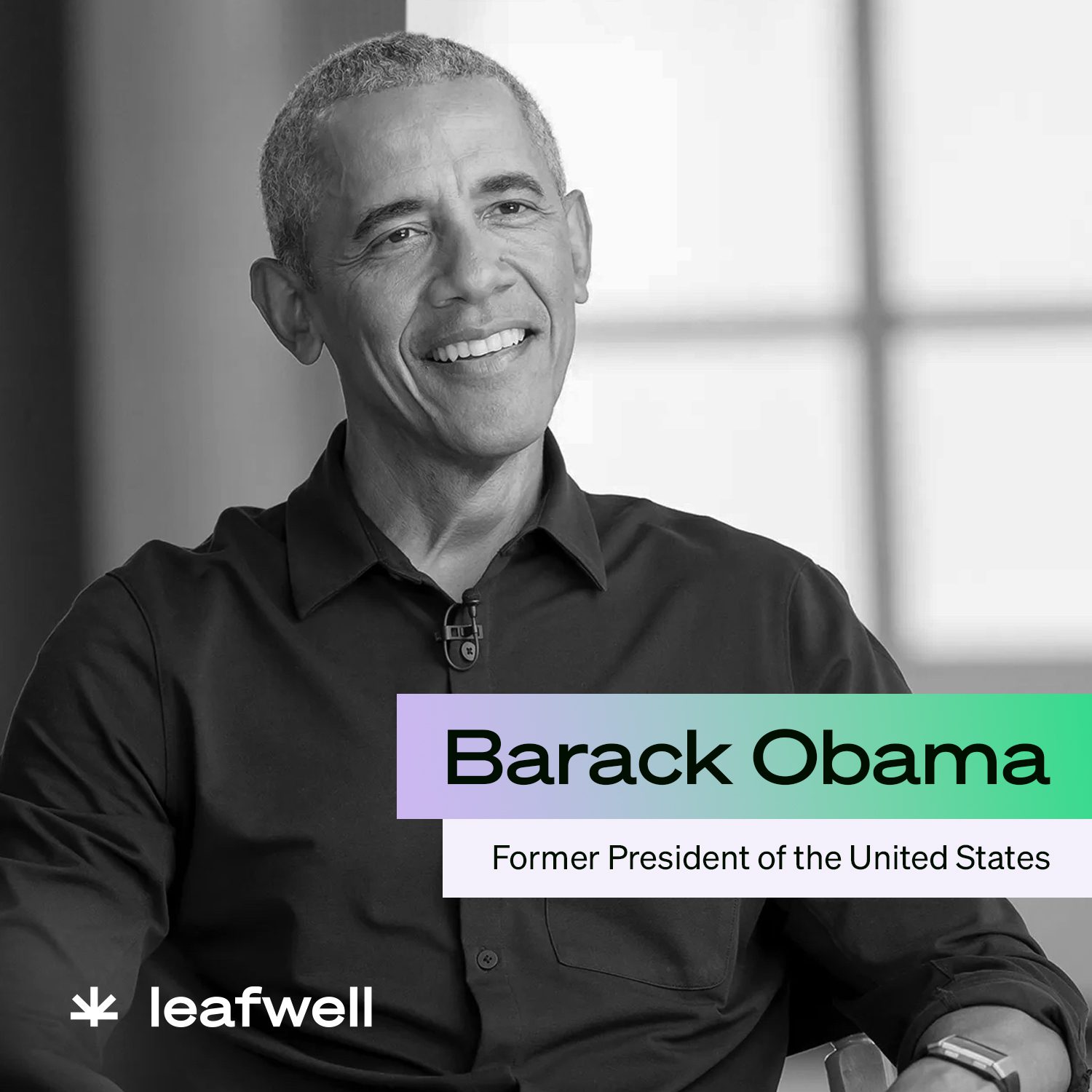 Senator Cory Booker introduced the Marijuana Justice Act in 2017 as the first federal bill to incorporate both community investment and the clearing of criminal charges with tangible cannabis legalization. The bill was reintroduced in 2019, backed by current VP Kamala Harris and Senators Elizabeth Warren and Kirsten Gillibrand.

“The War on Drugs has not been a war on drugs, it’s been a war on people, and disproportionately people of color and low-income individuals,” Booker said in a press release upon the bill’s reintroduction. “The Marijuana Justice Act seeks to reverse decades of this unfair, unjust, and failed policy by removing marijuana from the list of controlled substances and making it legal at the federal level.”

Since then, the New Jersey senator has helped co-author the bipartisan CARERS Act, the REDEEM Act, and the Cannabis Administration and Opportunity Act. All these proposed legislation that not only would help broaden access to medical marijuana nationwide but would end the unfair targeting and treatment of communities of color by expunging past nonviolent cannabis crimes. 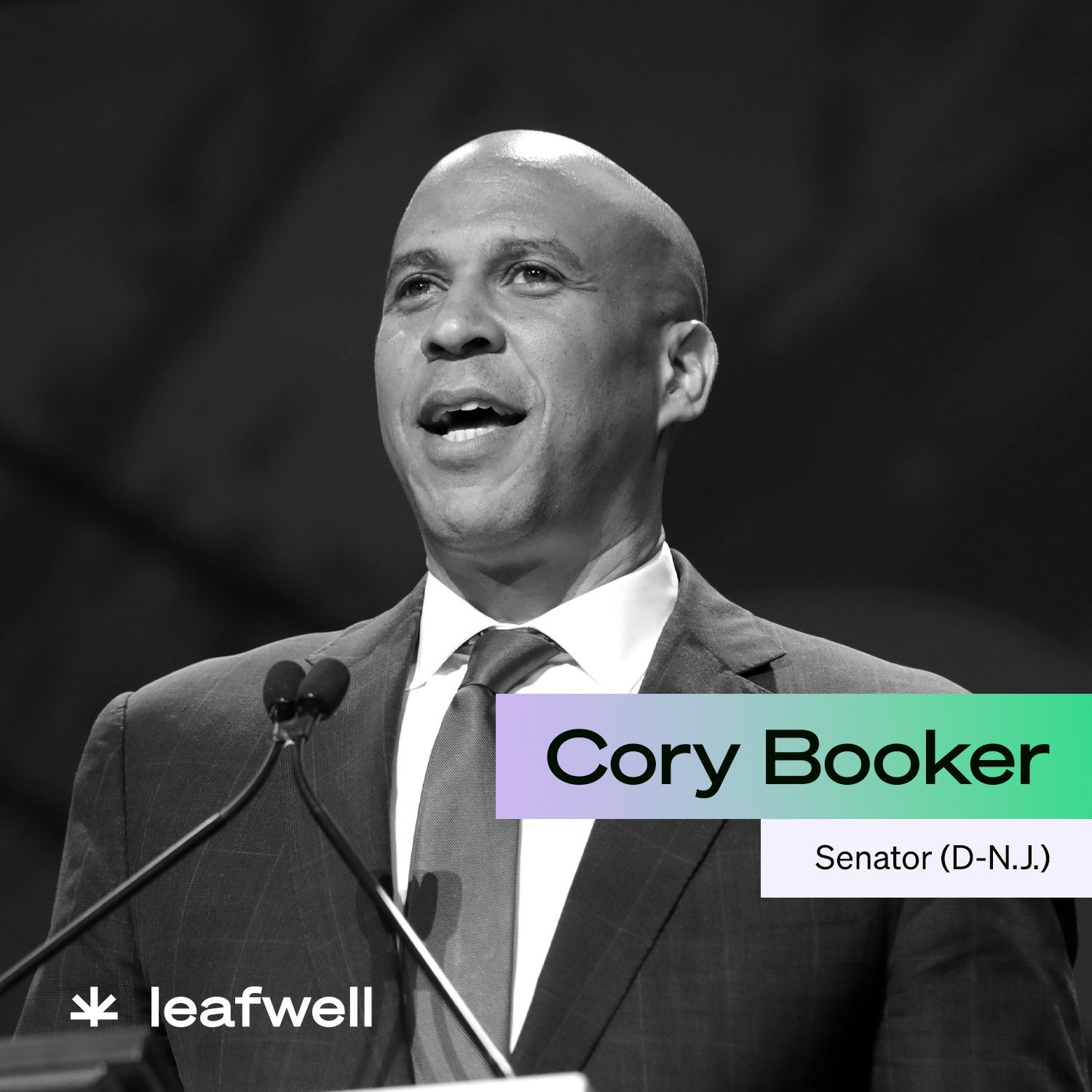 Advocacy on a state level is just as crucial as its federal counterpart. Omaha State Senator Justin Wayne introduced a measure in February 2021 that, if approved by voters, would pass legislation governing the creation of an adult-use cannabis market.

“This is not saying whether you endorse recreational marijuana or not; you’re saying let the people decide,” said Wayne. “It gives a chance for the voters to decide whether we should legalize marijuana for those who are 21 years and older.”

While the bill was disqualified from going on the ballot due to language technicalities, the legislation is essential to future legalization in Nebraska. 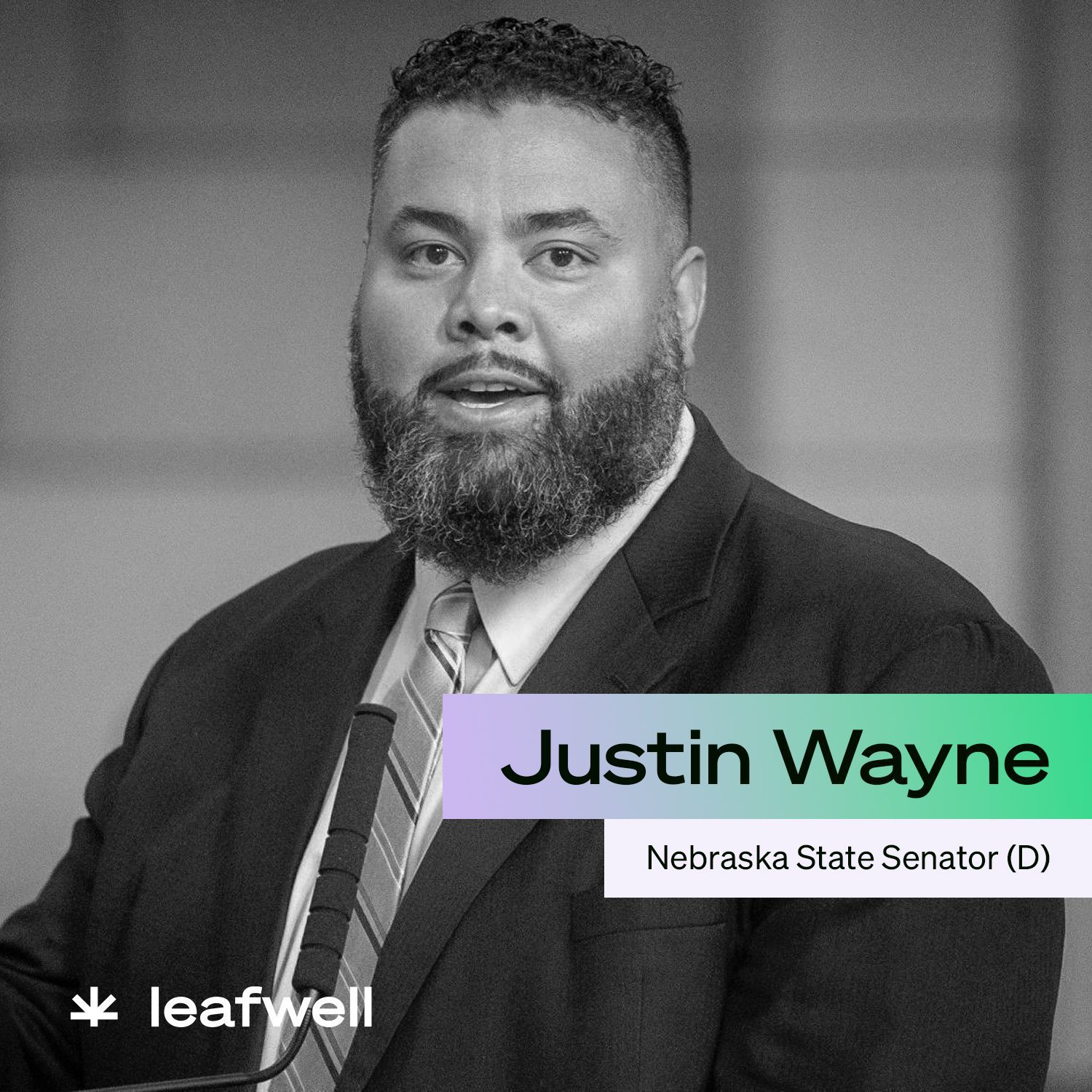 Representative Barbara Lee, a Congresswoman from California, has consistently opposed America’s War on Drugs. From Oakland and Los Angeles, Lee has witnessed the ramifications of unjust laws up close and has prioritized taking down prohibition and reinvesting in the communities most hurt by it since she took office.

She has introduced multiple cannabis reform bills to Congress in recent years, including the REFER Act, the RESPECT Resolution, and co-authoring the Marijuana Justice Act. She also co-chairs the U.S. House of Representatives Cannabis Caucus, the first African-American woman to do so.

In an interview with NORML, Lee said, “Our challenge in Congress is to end prohibition in a way that makes sense, is lawful, and will help everybody — especially the communities affected most by the failed and racist War on Drugs. All of these bills are different, and it is important to have multiple legislative vehicles to continue to push our marijuana justice agenda.”

Charles Rangel, Former Congressman for New York, has had a long, complicated relationship with cannabis. In 1971, New York City faced an alarming heroin epidemic. In the same year, Rangel was among a delegation who privately met with President Nixon to help inform federal efforts to crack down on drug dealers.

Over the decades, the policy started in that closed-door meeting would send millions of Black men to prison, yet Rangel urged Nixon to ramp up drug-fighting efforts, even going so far as to think later that Reagan’s policies were too soft.

However, in 2011, Rangel started to change his tune. He co-sponsored a federal bill that would have decriminalized cannabis, though it failed to pass. Today in his 80s, Rangel still sticks to his support of the fight against drugs and says it’s important to remember how heroin and cocaine decimated families in his district of Harlem in the 1970s.

New York would not have the comprehensive adult-use legislation it has today if not for Crystal Peoples-Stokes, a New York State Assemblywoman representing Buffalo. A long-time state politician and current Assembly Majority Leader, Peoples-Stokes has continuously pushed for marijuana legalization beyond personal freedoms or recreational use.

For her, it’s always been about alleviating the disproportionate targeting of communities of color like those she represents. “What we’re doing in New York State hasn’t been done in any other state. We’re making an upfront commitment to the people and families who suffered through decades of mass incarceration … It’s the main reason I introduced the legislation.”

Thanks to her diligent work and conversations with cannabis industry players, Assemblywoman Peoples-Stokes introduced and helped pass the bill that created New York’s adult-use cannabis market. 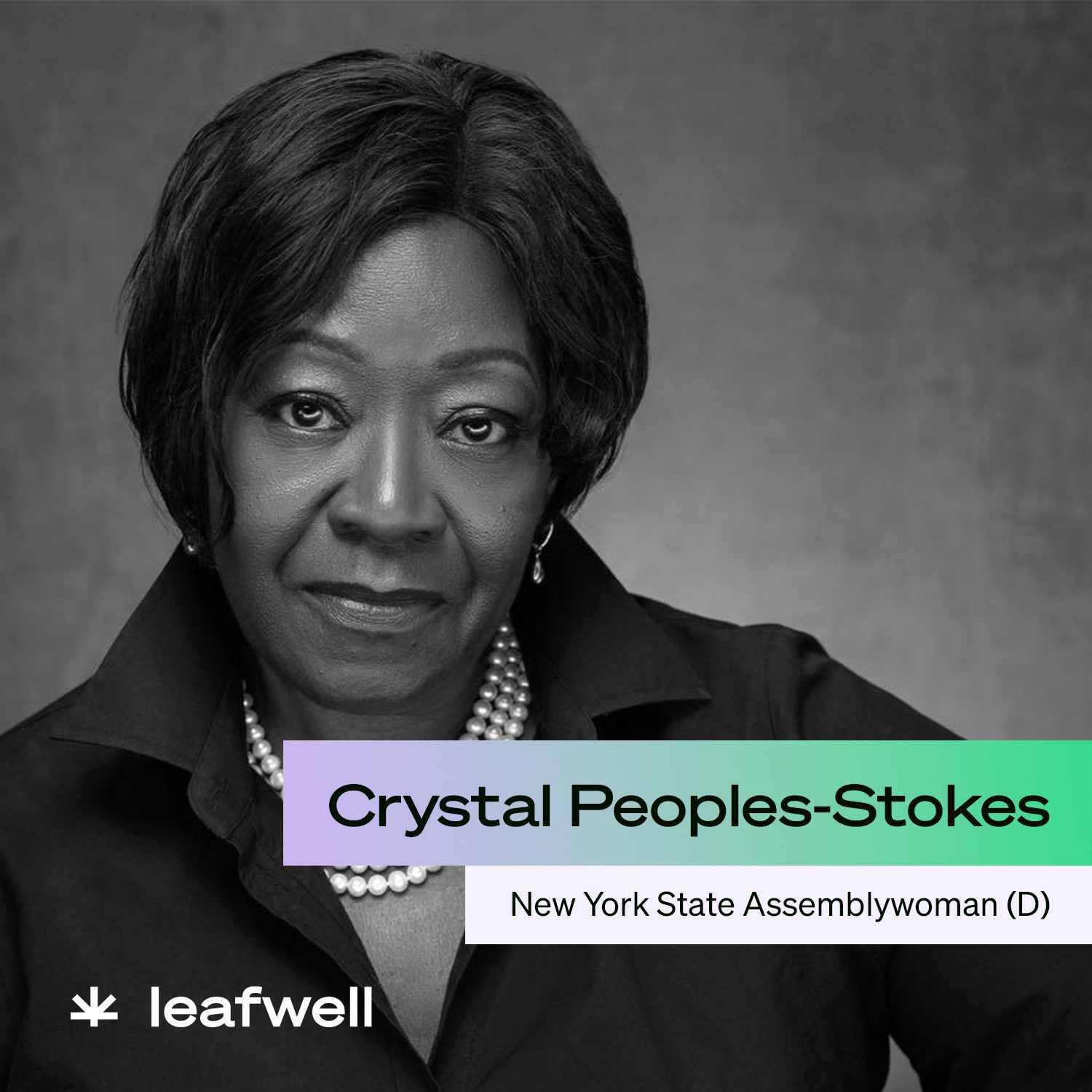 London Breed is the first Black female mayor of San Francisco, continually pushing the city’s progressive attitude and support of cannabis equity. In April 2021, Mayor Breed announced legislation to bolster the city’s current cannabis equity program to provide nearly $1 million in grants to assist the growth of canna businesses in the city.

Looking at 6 black physicians who have been integral parts of shaping our current understanding of marijuana and its uses in medicine.

8 Black-Owned Cannabis Dispensaries to Visit Around the U.S

In honor of Black History Month, we’re taking a closer look at seven of the best Black-owned cannabis dispensaries and other thriving businesses in the United…

Discover five of our favorite Black-owned cannabis companies and how you can support them during Black History Month — and every other day of the year.