While the federal government labels marijuana as a Schedule I drug: a classification for illicit substances that are considered highly addictive with no medicinal applications, it is increasingly recognized as a medically viable substance. New studies indicate that it can alleviate chronic pain and reduce the symptoms of many other conditions, and medical marijuana is now legal in 36 states. It only makes sense that scientists are working to understand its uses and create other substances that can replicate the beneficial effects of marijuana. Marinol is one of those substances. But does it work? Let’s find out. 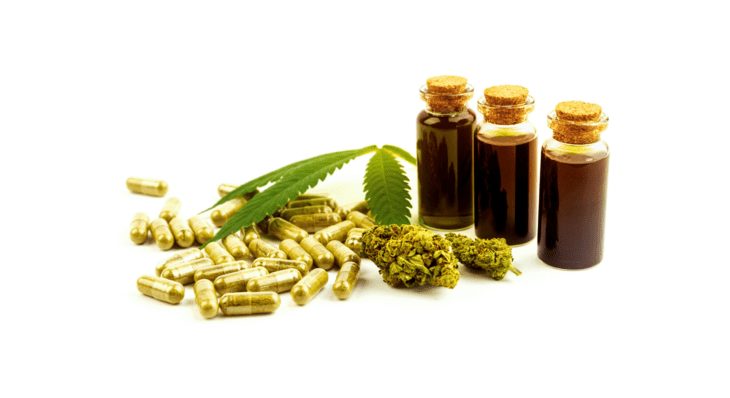 The Marinol drug is a synthetic THC pill that scientists have created in hopes of replicating the benefits of marijuana. It was created and approved by the FDA in 1985, and it remains only one of three FDA-approved synthetic cannabinoids to date. Yes, it is FDA-approved, meaning that it is recognized as legitimate by the federal government. It is marketed as the “safe alternative” to medical marijuana, which conveniently underlines that marijuana itself isn’t worth the risk. While it was initially labeled as a Schedule II drug, it was relabeled as Schedule III (controlled and abusable) several years after being approved by the FDA.

The primary active ingredient is dronabinol, which is a synthetic form of THC (tetrahydrocannabinol). Marinol is prescribed to cancer patients to help alleviate side effects of treatment, like loss of appetite, nausea and chronic pain. It is also sometimes prescribed to combat the side effects of AIDS/HIV. Only available in capsule form, it has been reported by some users to cause a high, and it does offer several of the positive medical side effects of marijuana. More importantly, it is a legal option for people who do not live in a state where medical marijuana is legalized. However, there are drawbacks to Marinol that do not make it equal to cannabis. 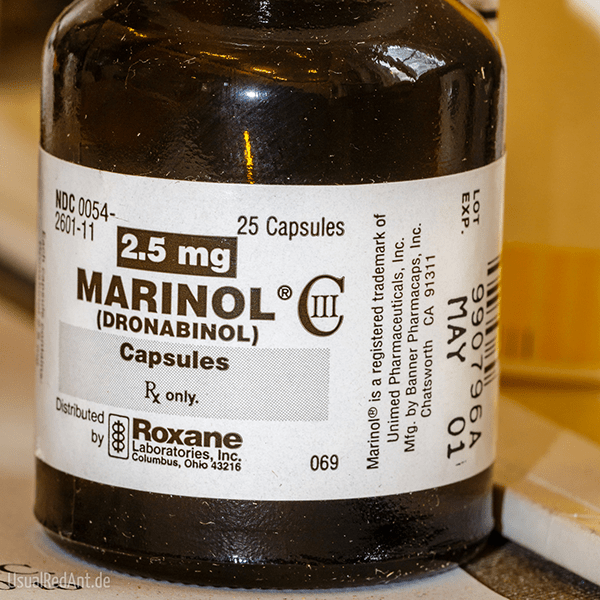 The Difference Between Marinol and Cannabis

Some differences between cannabis and Marinol are fairly straightforward:

There are a few other key differences, however, that are important to note and not so obvious:

Marinol as a Replacement for Marijuana

The last two noted differences between cannabis and Marinol are the most significant when looking at Marinol pills as a replacement for marijuana. There are very few known adverse side effects of cannabis. The most significant are ascribed to heavy use by adolescents, in which it is thought to potentially cause some developmental/cognitive delays. Most other adverse side effects of cannabis use are related to smoking, which has respiratory and other consequences of its own. Marinol, on the other hand, is known to cause or worsen psychosis, alter blood pressure, mood swings, headaches, vision problems, dizziness and rapid heartbeats. It may also cause adverse reactions in people taking other medications, and maybe “habit-forming.” Especially considering all the potentially negative reactions, Marinol vs. CBD is drastically different since CBD has no proven series of side effects to date.

Secondly, while Marinol’s primary ingredient is dronabinol,  a synthesized version of the cannabinoid THC that does not contain any other cannabinoids (synthesized or natural). A primary reason cannabis is thought to have such positive therapeutic and medicinal applications is due to something called the entourage effect, which is achieved through the unique combination of cannabinoids (CBD, THC, CBN, etc.) and other chemical compounds found in cannabis. THC (or even CBD) alone is not thought to provide the same medical benefits as consuming a the wholistic product of the cannabis plant.

So, while some doctors prescribe Marinol for pain and other symptoms of cancer treatment, it is not a straightforward replacement for marijuana. People who live in a state where medical marijuana is legal and may qualify for Marinol should consult a medical expert and ask “Is Marinol used for pain effectively” and “is medical marijuana a better option?” Additionally, if you’re taking Marinol because it’s in pill form, a medical marijuana pill also exists. Please note that this is an informed perspective – this is not an official medical evaluation, nor is it medical advice. 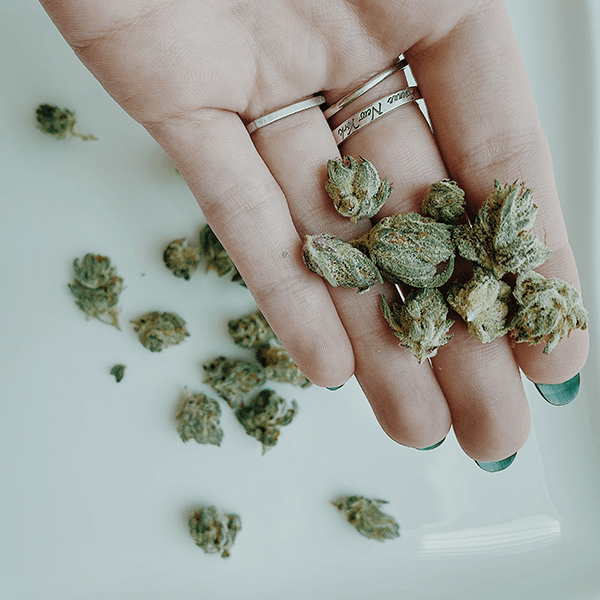 Marinol is only one of three synthetic cannabinoids approved by the FDA. There are also Syndros and Cesamet, which are both used to help treat vomiting and nausea associated with various cancer medications and treatments. There are also generic Marinol options that are used as equivalents to the more expensive Marinol brand, including products from Akorn, Ascent Pharms Inc., Lannett CO Inc., and SVC Pharma. Outside of FDA-approved synthetic cannabinoids, there is a wide variety of illicit substances that have attempted to replicate the effects of cannabis. These synthetics are commonly referred to as “Spice” or “K2,” and they have been around since the mid-2000s. These drugs are sometimes sold as safe or legal alternatives to cannabis, but many are unsafe, much more dangerous, and illegal. With no regulation or third-party validation, these synthetic drugs are less medicinally effective than cannabis and they are also much more dangerous. If you’re looking for a cannabis-like experience, we recommend simply using cannabis. If you’re looking for synthetic cannabis options for medical purposes, please consult a medical professional first.