Readers of a certain age will remember that when the medical marijuana legalization movement was beginning to gather momentum, Americans suffering from glaucoma were often cited as people who could benefit from legal medical cannabis. It was the prominent condition that reformers sought to build on to convince lawmakers and the public that cannabis was not as dangerous as the government insisted. Was this an urban legend, or can marijuana help those suffering from such a debilitating disease?

According to the Centers for Disease Control, about three million Americans have glaucoma, the second leading cause of blindness worldwide. While anyone can suffer from glaucoma, certain groups face far higher risks. They include African Americans over 40, all people over 60, those with a family history of glaucoma, and individuals with diabetes. Sadly, African Americans are six to eight times more likely to get glaucoma than white Americans, and people with diabetes are twice as likely to get glaucoma than people without diabetes. Around 60 million people worldwide have glaucoma.

Glaucoma is the leading cause of blindness for African Americans in the U.S. and the second leading cause for the general population. It can cause optic neuropathy, a progressive loss of the visual field and can lead to permanent, irreversible vision loss if not diagnosed and treated correctly. Glaucoma is considered to be a neurological condition that has been directly linked to the onset of Alzheimer’s disease.

There are two major types of glaucoma. Primary open-angle glaucoma is the most common and onsets gradually as the eye struggles with draining fluid. Eye pressure continues to build until the optic nerve is damaged. Angle-closure glaucoma (referred to by some as “closed-angle glaucoma” or “narrow-angle glaucoma”) occurs when the iris is exceptionally close to the drainage angle of the eye. The drainage flow becomes blocked, and pressure on the eye rapidly increases. This type of acute attack necessitates immediate attention to avoid the onset of blindness.

Marijuana for glaucoma has been known to have potential benefits because of the way cannabis interacts with the body in general via the endocannabinoid system (ECS). The ECS oversees many critical functions like appetite, mood, memory, fertility, etc. It primarily comprises CB1 receptors in the central nervous system and CB2 receptors in the peripheral nervous system. It also produces the key endocannabinoids anandamide (AEA) and 2-arachidonoylglyerol (2-AG) that help keep internal functions running smoothly. They are only made as needed.

When tetrahydrocannabinol (THC) enters the body, it interacts with the ECS by binding to the CB1 and CB2 receptors and instigating the variety of changes we experience when consuming weed, both psychoactive and physical.

Another primary cannabinoid found in cannabis is cannabidiol (CBD). CBD also binds to receptors in the body but does so differently from THC. It does not induce a “high” and is becoming incredibly popular for its therapeutic properties.

How Does Marijuana Help Glaucoma?

Glaucoma medical marijuana research has been going on for decades, and findings show that the THC in cannabis reduces the intraocular pressure (up to 30%) that people suffer due to glaucoma. Unfortunately, the idea of glaucoma and weed being an easy fix was discounted because the pressure relief lasts only three to four hours. The condition must be treated around the clock, so the idea of THC and glaucoma symptom reduction needs to be looked at from a practical perspective. Patients are not going to be advised by doctors to consume cannabis constantly. THC eyedrops have been developed but were found ineffective at penetrating tissues within the eye. Likewise, the unpredictability of consuming cannabis has inhibited an effective marijuana-based treatment for the condition. 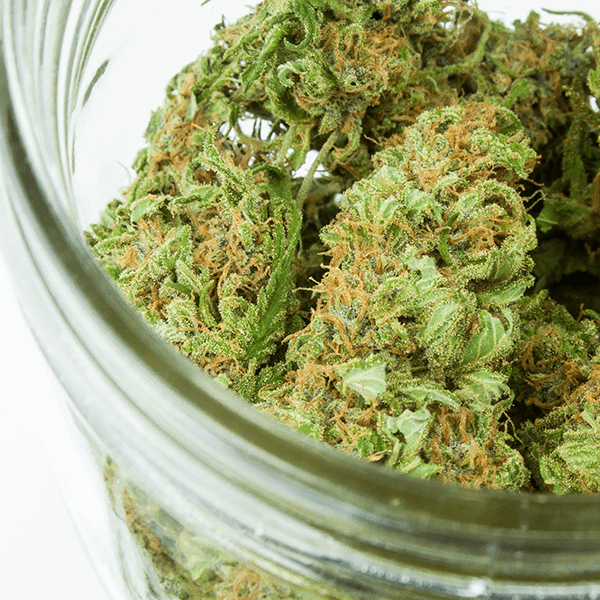 The potential for CBD oil and glaucoma relief was investigated due to how CBD helps alleviate the symptoms of so many other ailments. Still, according to the American Association of Ophthalmology, CBD oil and CBD oil eye drops had the opposite effect of THC in studies on rats. The eyes of the animals suffered an 18% increase in pressure for at least four hours after application.

The demonstrated health benefits of cannabinoids that have already been identified and isolated are promising, and research is ongoing in labs around the world to isolate as many cannabinoids as possible. CBG and CBC are two cannabinoids that link to receptors in the ECS and could have therapeutic benefits for glaucoma patients. Thankfully, increasing access to cannabis and hemp for research will allow scientists to focus on what might work best to relieve the symptoms associated with glaucoma and develop an effective cannabis-based treatment for the awful disease. Until then, the evidence that cannabis can help with glaucoma exists, but a practical, low-risk treatment does not.