In recent years, it has become more apparent than ever that racism in the US is alive and virulent. It is pervasive in every institution, every social issue, every business, in every portion of the justice and human services systems, in sports and entertainment and politics. Like an immortal virus that refuses to be contained, racism plays havoc in everything from America’s health care to the country’s incarceration rates. Right in the middle of those two markers is where you’ll find America’s history of racist policies toward marijuana use.

Is Cannabis Racism Really a Thing in America?

Statistics from the 2010 National Survey on Drug Use and Health point to a racist policy in America’s approach to cannabis laws and enforcement.

During that same time, 35 percent of the New York City population was White, and 12 percent of people arrested for marijuana possession were White.

During that same time, 45 percent of Chicago’s population was White, and 4 percent of people arrested for marijuana possession were White.

These cannabis arrest statistics are all from the previous decade and earlier. In the years since the National Survey on Drug Use and Health’s findings were posted, surely Americans can presume that progress has been made in reducing selectively racist enforcement of marijuana laws. Except progress in eradicating racist cannabis prosecution is hard to detect.

The National Organization for the Reform of Marijuana Laws (NORML), a cannabis lobbying organization active since 1970, cites a 2020 analysis by the American Civil Liberties Union that concludes: "Black people are 3.64 times more likely than white people to be arrested [in the United States] for marijuana possession, notwithstanding comparable usage rates."  Put simply, racism has not gone anywhere.

This disparity in cannabis prosecution is not a localized phenomenon in so-called backward American jurisdictions. The ACLU found that, "In every single state, Black people were more likely to be arrested for marijuana possession. In some states, Black people were up to six, eight, or almost ten times more likely to be arrested. In 31 states, racial disparities were actually larger in 2018 than they were in 2010."

Any American lulled into a sense that racist policing of cannabis is a decreasing societal ill, be aware that racial disparities in who is busted for marijuana permeate the entire country. In 62 percent of states, the disparities in race-based cannabis arrests are worse than ten years ago. So not only has racism not gone anywhere, it has arguably become worse.

Cannabis Prohibition in America is a History of Racism in America

When Harry Anslinger, the first director of the Federal Bureau of Narcotics, set about to demonize marijuana use in the 1930s, he slandered the cannabis plant in race baiting terms. Anslinger is credited with establishing marihuana as the alarmist media’s preferred term for cannabis, hoping the Spanish word would tie cannabis to anti-Mexican sentiment. Anslinger’s lies about marijuana are saturated with some of the most toxic racist rhetoric in U.S. history.

Clinical Professor of Law Robert Solomon, a policy expert at U.C. Irvine’s Center for the Study of Cannabis and Community, quoted Anslinger’s hysteria stoking falsities in a February 27, 2020,  National Institute of Health’s Library of Medicine post:

"There are 100,000 total marijuana smokers in the U.S.," Anslinger lied, "and most are Negroes, Hispanics, Filipinos, and entertainers. Their Satanic music, jazz and swing, results from marijuana use. This marijuana causes white women to seek sexual relations with Negroes, entertainers, and others."

Anslinger insisted that marijuana was a drug that drove Black and Hispanic people to horrific acts of violence. His contention that cannabis smoking made Mexican immigrants and Black people forget their place in society pushed public opinion in favor of the Marihuana Tax Act of 1937.

The restrictions of the 1937 Marihuana Tax Act were enforced unequally. Business Insiderestimates that in the law’s first year of application, Black people were three-to-one more likely to be arrested for drug laws than Whites. Mexican Americans were arrested at a nine-to-one rate compared to Whites.

The 1952 passage of the Boggs Act added mandatory sentencing to marijuana convictions. A mere possession conviction could result in two to five years in prison for a first offense, and a fine up to $2,000. Non-White prisoners inordinately served those cannabis possession prison terms. 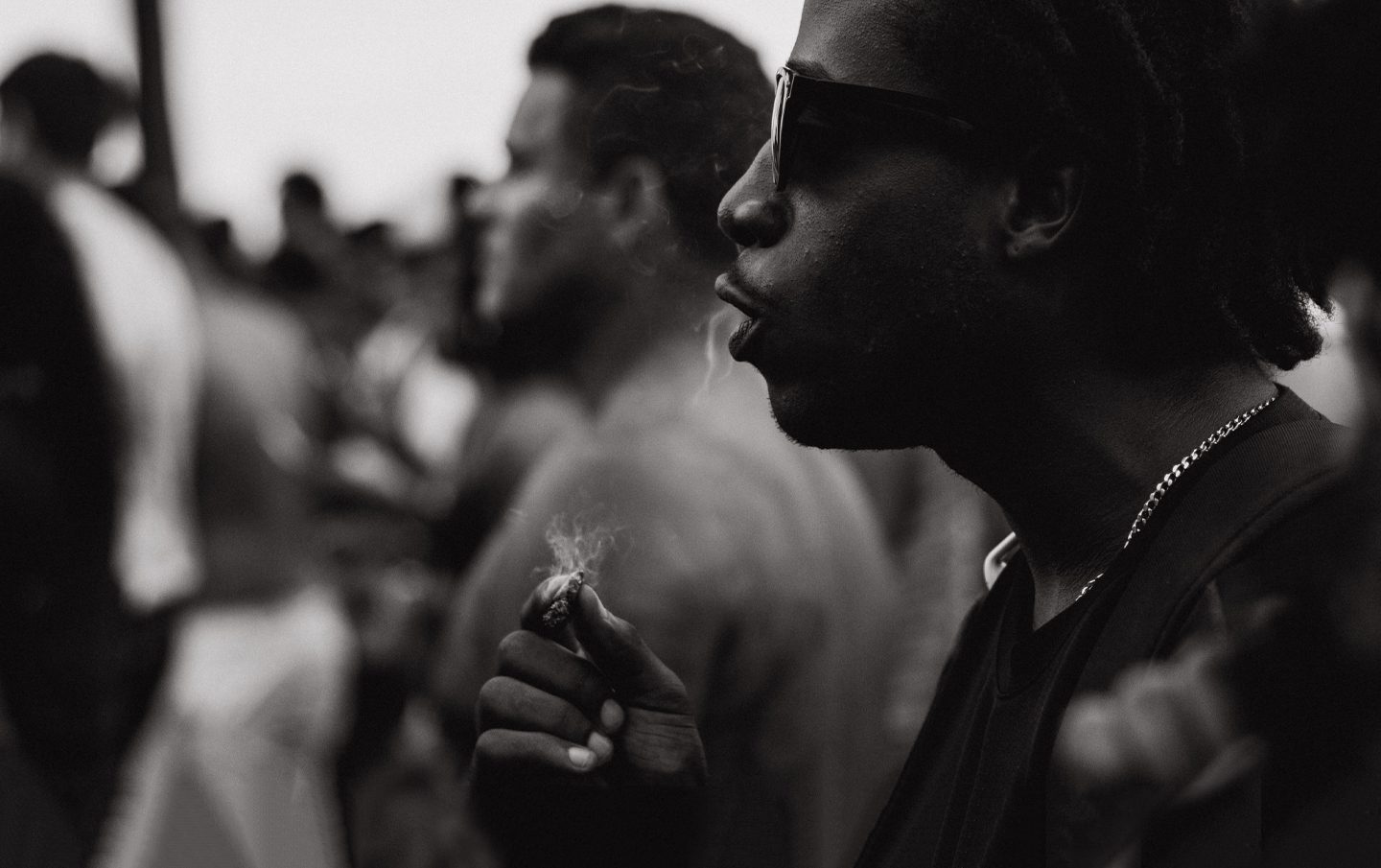 The War on Drugs was a War on Black Americans

In 1970, President Richard Nixon replaced the Marihuana Tax Act with the Controlled Substances Act, which designated cannabis as a Schedule 1 drug with no medical value.

The War on Drugs was ramped up with the establishment of the Drug Enforcement Administration (DEA) in 1973.

Nixon’s rationale at the time of creating a drug policing super force was that America needed to be saved from debilitating dependence on narcotics. Years later, one of Nixon’s senior advisors, John Erlichman, spilled the President’s hidden motivation for the War on Drugs in an issue of Harper’s magazine:

"We couldn’t make it illegal to be either against the [Vietnam] war or Black, but by getting the public to associate the hippies with marijuana and Blacks with heroin, and then criminalizing both heavily, we could disrupt those communities. We could arrest their leaders, raid their homes, break up their meetings, and vilify them night after night on the evening news. Did we know we were lying about the drugs? Of course we did."

The leading outcome of the DEA’s War on Drugs, as articulated  by Michelle Alexander in The New Jim Crow: Mass Incarceration in the Age of Colorblindness(The New Press, 2010), was mass arrests of young African American men.

The DEA’s mandate as a dominant branch of American law enforcement expanded with each subsequent President’s administration. The Drug Enforcement Administration remains very much in business today. As reported by the Department of Justice, the DEA’s requested budget for 2021 is more than $3.5 billion.

America’s history of racist cannabis policies has hamstrung the field of medical marijuana research in the country’s institutions of higher learning. As Clinical Professor of Law Robert Solomon summarizes in a National Institute of Health’s Library of Medicine post titled "Racism and Its Effect on Cannabis Research":

Ford, a Chicago Democrat who represents parts of the West Side in Springfield, told the Chicago Sun-Times: "There is nothing for us to be proud of as it relates to the rollout of cannabis."