Every person – and many animals – has an endocannabinoid system (ECS), a complex network of receptors, lipids, and enzymes that plays a significant role in governing homeostasis and how we individually experience cannabis.

While the ECS was identified only in the late 1980s, it quickly became one of the most important scientific discoveries to date. The ECS is involved with sleep, appetite, immune function, and virtually every critical life function. When the endocannabinoid system is out of balance, we are also off-kilter and not functioning optimally. Endocannabinoid deficiencies often precede disease, which is one reason why the system is dubbed “the master regulator.”

How the Endocannabinoid System Works

The ECS has three main parts: endocannabinoids, receptors, and enzymes.

Cannabinoids are chemicals in cannabis (and many other plants) that interact with the ECS. Tetrahydrocannabinol (THC), the molecule known for its intoxicating effects, and cannabidiol (CBD), known for promoting relaxation, are some of the more well-known cannabinoids. Still, the cannabis plant contains over 150 different types of these chemicals.

In addition, the human body generates its version of cannabinoids that interact with other elements of the ECS, called endocannabinoids. Endocannabinoids are cannabinoids produced by the body, which bind to receptors found in immune cells, throughout the nervous system, up and down the spine, in every brain cell, and even in the skin.

Anandamide is the human body’s naturally-occurring THC. Anandamide was discovered in the 1990s and named after the Sanskrit word “ananda,” meaning eternal happiness — it interacts with the body similarly to THC, which induces euphoric highs in many individuals.

2-AG can have both pain-killing and anti-inflammatory effects. 2-AG is present at relatively high levels in the central nervous system (CNS).

Cannabinoid receptors are found in every cell in the human body, making the ECS work like a mainframe for the central and peripheral nervous systems (CNS and PNS). Cannabinoids and endocannabinoids, therefore, communicate directly or indirectly with a wide range of receptors, including CB1 receptors, CB2 receptors, GPR55 receptors, opioid receptors, dopamine receptors, serotonin receptors, and many more.

Let’s focus on the CB1 and CB2 receptors to get a complete picture of their function.

CB1 receptors are most dense in the central nervous system and are mainly responsible for how cannabinoids interact with the brain. Molecules like THC bind to CB1 receptors and cause psychoactive “high” effects.

How exactly do cannabinoids have this effect on brain cells? Well, cannabinoids that bind to CB1 receptors can decrease the release of two proteins called glutamate or GABA (gamma-aminobutyric acid). Glutamate stimulates or excites the nervous system, and GABA calms it down. When glutamate levels are high, GABA levels are often low, and vice-versa.

THC blocks the production of GABA. This means that fewer “stop” signals are transmitted and creates a buildup of the “go” signal, glutamate, which can increase the overall amount of dopamine circulating in the body, which then causes a psychoactive “high.”

Here are several other effects that the activation of CB1 receptors causes in the body:

CB2 receptors can be found most densely in the immune system and on some neurons in the brain, gastrointestinal system, and peripheral nervous system (PNS).

Furthermore, CB2 receptor agonists (compounds that activate CB2 receptors) may have significant anti-inflammatory properties that can help treat pain and inflammation. Research has found that targeting CB2 receptors can be helpful for the treatment of autoimmune disorders and arthritis.

The third component of the endocannabinoid system is enzymes that metabolize and break down cannabinoids and endocannabinoids. Two primary enzymes include fatty acid amide hydrolase (FAAH), which breaks down anandamide and THC, and monoacylglycerol lipase (MAGL), which eliminates 2-AG.

These prevent dangerous endocannabinoids and phytocannabinoids from building up in the body. And yes, the levels of these cannabinoids can be hazardous because the ECS is all about achieving the right balance.

What Does the ECS Do?

A better question might be, what does the endocannabinoid system not do? The ECS is involved in regulating many of life’s most essential processes, including:

In short, the ECS does a lot more than you might think!

THC is an effective painkiller and could also be helpful as an anti-inflammatory, treatment of spasticity, nausea/vomiting, preventative therapy, appetite stimulant, and treatment for an overactive bladder.

CBD may be beneficial as an anti-inflammatory, mood stabilizer, and antispasmodic. This can make CBD helpful for managing chronic pain, anxiety and depression, multiple sclerosis, and epilepsy.

THC and CBD are just the beginning of the phytocannabinoids that the cannabis plant produces. Other phytocannabinoids like cannabichromene (CBC), cannabigerol (CBG), and cannabinol (CBN) all offer benefits. Tetrahydrocannabivarin (THCV) is another cannabinoid that has garnered lots of interest, and the terpene beta-caryophyllene is considered a dietary cannabinoid.

Enhance your endocannabinoid system by eating some of these tasty foods that contain phytocannabinoids:

Some of these foods, like black pepper, can help temper a negative experience with cannabis and get your ECS back on track. 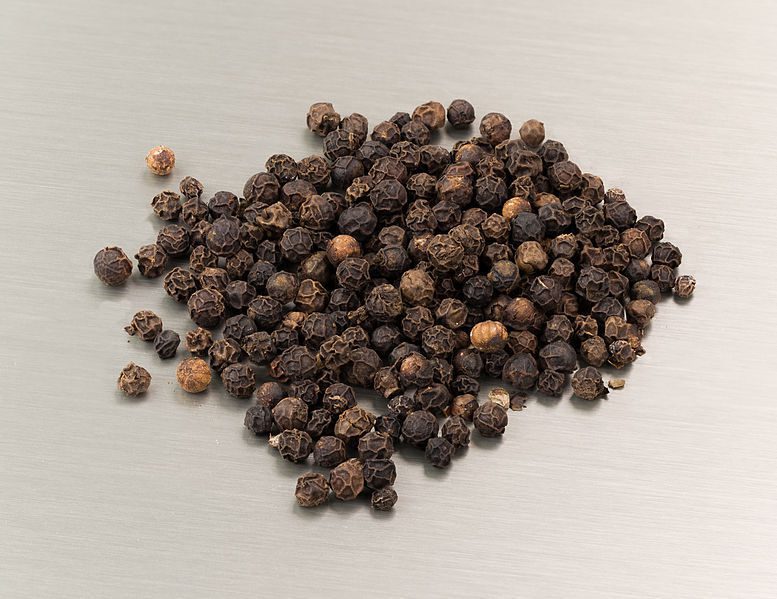 What Is Clinical Endocannabinoid Deficiency (CED)?

Clinical endocannabinoid deficiency (CED) is a theory posited by Dr. Ethan Russo. Russo explains how many (but not necessarily all) medical conditions coincide with shortages, a dysregulation of the production, metabolism, and amount of endocannabinoids, or a change in the state or condition of cannabinoid receptors.

This disruption or deficit can come from an injury, infection, an event that triggers long-term inflammatory responses, or genetic dysfunction. Research has connected many medical conditions with a CED, including fibromyalgia, migraines, and irritable bowel disorders (IBDs). Chronic pain, insomnia, anxiety, and depression may also be linked to CED.

Furthermore, autoimmune disorders can cause widespread inflammation, and cannabinoids may help reduce this inflammation. Dravet and Lennox-Gastaut syndromes (two types of epilepsy) could arise due to the lack of genetic coding for a specific cannabinoid that helps regulate calcium and sodium ions.

In theory, one could have an overabundance of cannabinoids as well. A patient named Jo Cameron reportedly lacked the genetic code to produce the enzyme FAAH. This resulted in an overload of anandamide in her system, meaning she hardly felt any pain or anxiety. It is best to have neither deficiencies nor excesses in the ECS; balance is the key.

Can Long-Term Cannabis Use Affect the ECS?

There is insufficient evidence to understand how long-term use of cannabis may affect the ECS. Always err on the side of caution when using cannabis or any other drug and consume as directed by your physician.

How to Strengthen and Heal the ECS

In a word? Balance. The ECS is intimately involved in homeostasis – keeping the body’s physiological processes stable and balanced. You already have the tools to strengthen and heal your own ECS.

Here are a few simple ways to keep your ECS in top form:

These basic lifestyle principles tremendously impact your general health and how good you feel daily.

See how medical marijuana can help boost your endocannabinoid system and apply for your MMJ card. The doctors at Leafwell are on-call to guide you through the application process and meet with you in our virtual clinic.

Is the endocannabinoid system real?

Yes, the endocannabinoid system is a real functioning system in your body. Many other mammals also have an ECS, including domestic cats and dogs, which is one reason why some veterinarians use CBD oil to treat certain conditions in pets.

Do our bodies produce cannabinoids?

Our bodies naturally produce endocannabinoids, which are cannabinoids made within our ECS. They interact with phytocannabinoids from the cannabis plant to have a synergistic effect.

How does CBD affect the endocannabinoid system?

CBD helps regulate the ECS in many ways, including a complementary natural treatment for depression and a tool to help manage pain.

The benefits of cannabis topicals are much more than skin deep. While marijuana topicals like CBD oil are excellent for nourishing the skin…

14 Minor Cannabinoids to Have on Your Radar

The minor cannabinoids have unique medical and therapeutic properties of their own, and can combine with THC & CBD for greater medical use.

3 Ways to Use Cannabis to Manage Stress

When people are stressed, they produce more of the hormone cortisol. When the human body heals, inflammation becomes a stress response. In the short-term…