Learn all about the process of decarboxylation, why decarbing cannabis is essential, and the best way to decarb cannabis at home.

Decarboxylation is the process of heating cannabis to power up the plant material: essential cannabinoids like CBD and THC that are present in other forms in raw cannabis. Before decarboxylation, these two prominent cannabinoids exist as acidic cannabidiolic acid and tetrahydrocannabinolic acid (CBDA and THCA). THCA won’t get you high in its chemical precursor form, although this acidic cannabinoid may offer health benefits of its own.

When you heat cannabis at different temperatures, the acidic cannabinoids CBDA and THCA lose a carboxyl group, thus converting into neutral CBD and THC. CBD is reputed to offer many therapeutic effects, such as reducing anxiety and easing pain. Besides helping you reach a euphoric high, THC is a big part of what makes cannabis a “pharmacy in a plant,” potentially helping combat cancer and other serious diseases. Adding THC arguably also helps improve other cannabinoids’ efficacy, so even small amounts of THC can help enhance CBD’s therapeutic value by the “entourage effect.”

Heating cannabis is not the only way to decarboxylate the plant, though. Improperly stored cannabis will naturally decarb over time, causing the cannabinoids to activate before you’re ready to consume the weed, resulting in less potency. For this reason, it is crucial to store your cannabis in an airtight container under the right light and temperature conditions.

Why Is Decarboxylation Necessary?

Simply put, you decarboxylate cannabis to reap the plant’s potential rewards. Cannabis that has not been decarboxylated cannot get you high and does not offer the same level of medicinal properties as decarbed cannabis does.

Decarbing cannabis is essential for making cannabis edibles, oils/tinctures, and DIY topicals. Your digestive system and your body as a whole will more readily absorb the cannabinoids in edibles and topicals when cannabis has been decarboxylated.

Another benefit of decarbing cannabis is that the heating process reduces bacteria content. Heating, curing, and drying cannabis decreases moisture levels, which inhibits bacteria and other contaminants from accumulating. 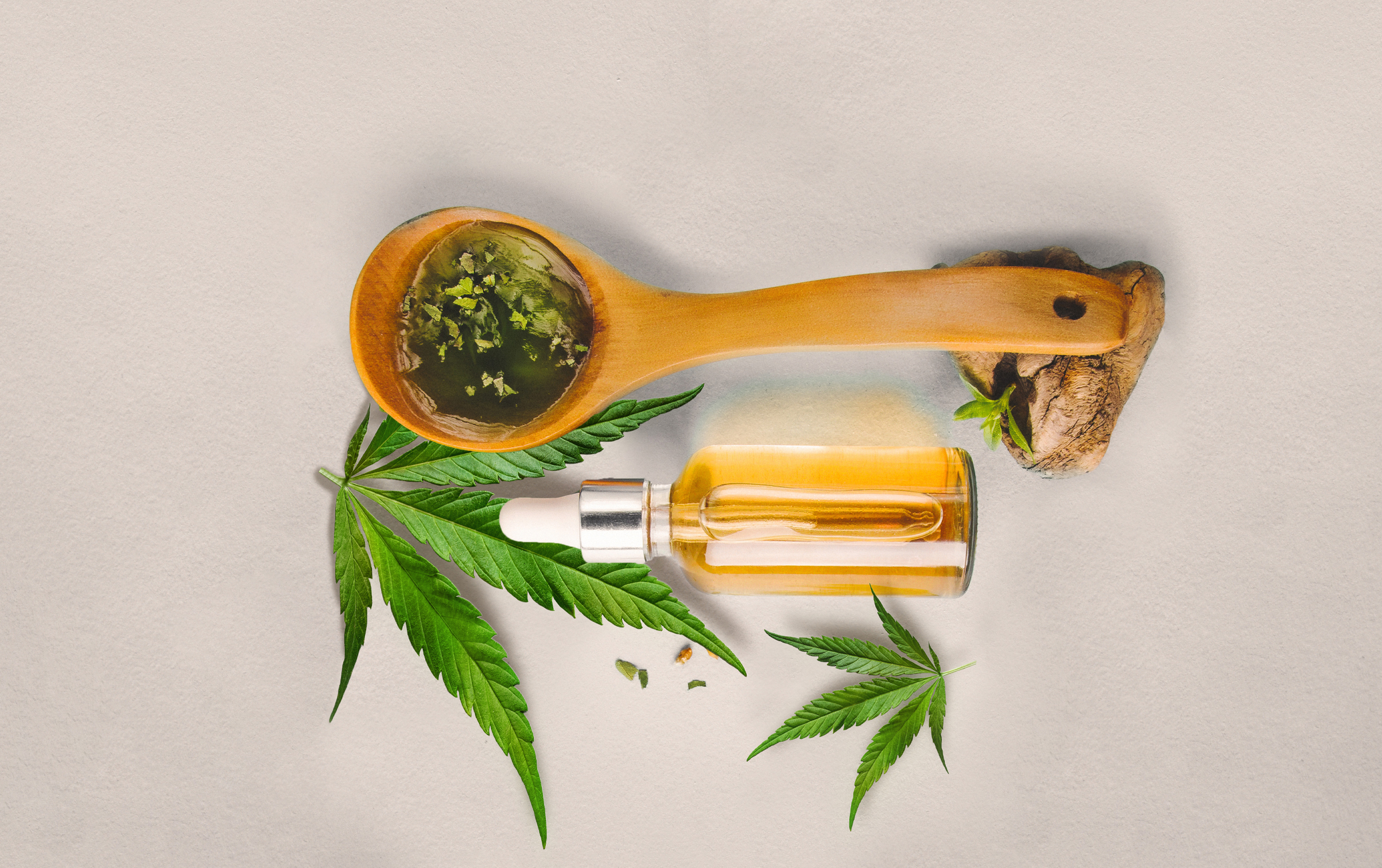 The boiling stovetop method is good if you make a simple recipe like cannabis tea. Take an empty tea bag, fill it with decarbed cannabis, and seal. Place the teabag in a pot of simmering water on the stovetop, ideally at about 210 degrees Fahrenheit. The end product will be a potent, slightly bitter cup of cannabis tea. Add fresh lemon juice and honey to enhance the flavor of your marijuana tea.

The sous-vide method is discreet and won’t create the same pungent marijuana odors as other decarboxylation methods. Use a vacuum-sealed bag, fill up a pot with water, and set the pot on your stovetop. Adjust the temperature on your Sous-Vide precision cooker to about 230 degrees Fahrenheit after inserting your cooker into the pot of water. Decarb your cannabis at the same temperature for approximately 90 minutes.

The slow cooker or crockpot method will help you make edible staples like canna oil. In addition to a crockpot, you’ll need a carrier oil like coconut or olive, along with dried cannabis plant material. Slow cook the mixture on high for one hour, then move to a low temperature for an additional three hours.

The oven method is perhaps the most popular way to decarb cannabis at home. This method requires a few basic supplies that you likely have in your kitchen, along with a short heating time of just forty minutes.

How to Decarb Cannabis Using the Oven Method

The oven method is often considered the easiest and best way to decarboxylate cannabis at home. Gather these kitchen tools before you decarb cannabis in the oven:

Once you’ve gathered these basic supplies, follow these easy steps to decarb your cannabis:

Line the baking tray with a sheet of parchment paper.

Using the spice or coffee grinder, grind the cannabis into loose chunks over the parchment paper.

Place the baking tray in the oven and keep it in the oven for forty minutes at a temperature of 240 degrees Fahrenheit (115 degrees Celsius).

Note that the oven method produces strong marijuana odors and is inappropriate if you want to be discreet. Let the decarbed cannabis fully cool before integrating it into edible recipes.

What happens during decarboxylation?

Is decarboxylation necessary for edibles?

Decarboxylation is essential for making potent cannabis edibles like cannabutter. Decarboxylate cannabis before making edibles to maximize the potency of the plant’s potential health benefits. As a classic example, you must decarb your cannabis before baking a pot brownie if you want to get high.

How long do you decarboxylate for?

The period you should decarb your cannabis depends on the temperature you’re using to heat it. Lower temperatures take longer to decarboxylate cannabis, while higher temperatures will expedite the process. One scientific study suggests that decarbing cannabis for 110 minutes at 110 degrees Fahrenheit (43.33 degrees Celsius) is optimal for activating THC.

Do cannabinoids all decarboxylate at the same temperature?

No, there are differences in the temperature different cannabinoids will decarboxylate at. In general, though, it is best to keep decarboxylation temperatures to about 230 – 240 degrees Fahrenheit or about 110 – 115 degrees Celsius to retain cannabinoid content.

Experience the benefits of cannabis medicine with your own medical marijuana card. Connect with the physicians at Leafwell, and we’ll guide you step-by-step in the application process.

What Is THCA? Guide to One of the Acidic Cannabinoids

Since the start of the COVID-19 pandemic, people have been wondering if medical cannabis could be useful in treating the health condition. One study…