Can medical marijuana help people with eating disorders like anorexia and bulimia?

Cannabis is often used to increase appetite in people suffering from conditions such as cancer or AIDS/HIV. The idea of using cannabis for those with eating disorders is not exactly new, and in many ways, the logic is entirely sound. However, eating disorders have several key differences to wasting developing from other chronic illnesses, meaning that treating them requires slightly different approaches. 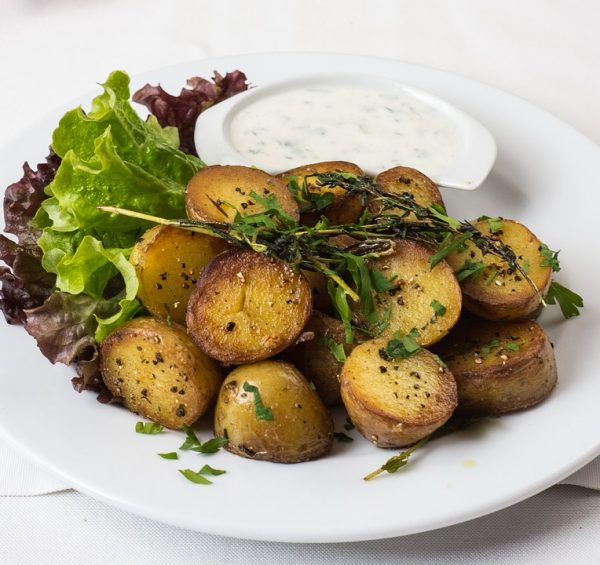 What is an eating disorder?

One of the key defining symptoms of an eating disorder is an unhealthy attitude towards food and eating either too much or too little. Other symptoms include an unhealthy obsession with weight and body shape, over-exercising, obsessive dieting, binge-eating (sometimes followed by intentional vomiting, or “purging”), extreme dissatisfaction with one’s appearance (Body Dysmorphic Disorder, or BDD), depression, anxiety and extreme feelings of guilt, regret and/or worthlessness.

In some instances, an eating disorder may lead to “refeeding syndrome,” when malnourished or starved people take in food too quickly after a fasting period and develop electrolyte disorders. This leads to further pulmonary, cardiac, neuromuscular, and blood complications. Refeeding syndrome can be potentially fatal, and other long-term complications include an increased likelihood of stress fractures and Raynaud syndrome.

There are various types of eating disorders, including:

Some statistics on Eating Disorders

Eating disorders affect approximately 30 million people in the US. They have the highest mortality rate of any mental illness and are often comorbid with mood disorders, anxiety disorders, and substance misuse disorders (especially alcohol).

Eating disorders affect a wide variety of people. Women aged 50 or over, girls aged between 13 – 17, and women in high-pressured environments such as athletics are the highest risk groups for anorexia and bulimia. Restrictive eating is more likely to be found in boys and men. A 2015-2016 study by the Center for Disease Control and Prevention (CDC) showed that 39.6% of US adults age 20 and older were obese as of 2015-2016 (37.9% for men and 41.1% for women). Other risk factors include:

While cachexia (“weakness and wasting of the body due to severe chronic illness”) is often associated with conditions such as anorexia, a person suffering from cachexia is not necessarily suffering from an eating disorder. Cachexia can be caused by many illnesses, conditions, treatments, and medications. Many of those with cachexia may have a good relationship with food but are unfortunate enough to suffer from a condition that causes them to lose weight and muscle.

Eating disorders are uncommon in highly competitive environments such as sports and athletics, where extreme fastidiousness is practiced in diet and exercise. Many athletes also need a high intake of calories, meaning they need to learn portion control when training decreases or ceases. Athletes of all types can potentially suffer from eating disorders.

Even boxers and wrestlers, considered some of the strongest athletes in the world often dehydrate, starve and over-exert themselves to make weight, which can lead to all sorts of health problems. Gymnasts, dancers, figure skaters, weightlifters, bodybuilders, synchronized swimmers, and endurance runners are other examples of athletes who may suffer from eating disorders due to the emphasis on weight and appearance.

How Does Cannabis Help Eating Disorders?

People see the logic when using cannabis for conditions such as anorexia quite easily. However, when it comes to obesity (as well as diabetes), people find the concept of using cannabinoid-based medications to help treat it unusual. Yet, regular use of cannabis is linked to lower BMI, even when controlling for diet, exercise, and alcohol consumption. While these studies do not prove that cannabis use can help people maintain a healthy weight, there are several sound theories as to why cannabinoids may be used to help keep a healthy appetite for both over- and under-eaters. These include:

The endocannabinoid system (ECS) plays a role in regulating appetite. Cannabinoids such as tetrahydrocannabinol (THC) stimulate hunger and food intake.

Repeated exposure to THC may initially stimulate appetite, but use over the long-term could dampen CB1 receptor sensitivity, thus dampening hunger signals.

Some suggest that cannabis “supercharges” the body’s metabolism, meaning fat is burnt off faster and fasting insulin levels are lower. The body may be more sensitive to the effects of sugar while using cannabinoids, meaning that the brain sends signals to stop eating sooner than it usually would. So, while cannabis users may get the “munchies,” they may also tend to stop eating sooner and only until they are complete, rather than over-full.

There is much interest in the cannabinoid tetrahydrocannabivarin (THCV) for obesity and diabetes. THCV is a CB1 receptor antagonist, meaning that it has the opposite effect as THC when in low doses (THCV is a CB1 receptor agonist in high doses) and curbs hunger. In studies on mice, researchers found that THCV did not significantly affect food intake or body weight gain. THCV did, however, reduce glucose intolerance and improve insulin sensitivity. Such studies could offer hope to diabetics, but research on humans is necessary before making any assertions.

Cannabidiol (CBD) can also help control blood sugar levels and reduce fat production while reducing inflammation caused by insulin resistance.
Cannabis can potentially help with the depression and anxiety often associated with eating disorders, which may lead to an easier, less stressful relationship with food.

Are There Any Potential Negatives with Using Cannabinoids for Eating Disorders?

While cannabis can help improve the mood for many, using too much THC may lead to increased anxiety or paranoia for some. Also, if a person has been starving themselves for too long, care must be taken not to binge on food lest refeeding syndrome occurs. Some may also be attracted to the idea that cannabis can help lose weight, which is beneficial for some but not necessarily others. Therefore, care must be taken to prevent misuse.

Those suffering from eating disorders such as anorexia or bulimia may be interested in low doses of THC and CBD. In contrast, those who are obese (or just plain overweight) may consider a combination of low doses of THC and THCV combined with CBD. However, this is only theoretical and has not been tested clinically. As there are few effective medications for eating disorders, cannabinoids represent an extremely promising avenue to look at as a potential therapeutic target.

There has been a look into other cannabis-based treatments for obesity in the past, namely Rimonabant. However, due to its psychiatric side effects, Rimonabant was not approved for usage. Rimonabant has also been reported to cause partial seizures in those with epilepsy. It must also be noted that Rimonabant is a synthetic cannabinoid. We here at Leafwell have looked at the pros and cons of synthetic cannabinoids before, and as such, we recommend being highly cautious of using them.

Remember: the endocannabinoid system is potent, and our efforts to replicate the safety margins of phytocannabinoids have generally not been successful so far. In short, the natural form of the cannabis plant is probably best for eating disorders and other conditions.

If you are suffering from an eating disorder and think you may be helped by cannabinoid-based medications, feel free to check out our medical card page and set up an appointment with one of our physicians.

Does Weed Make You Lose Weight?

Does weed make you lose weight? The answer isn’t cut-and-dry. Learn how cannabis affects hunger and body weight, both positively and negatively.

The endocannabinoid system (ECS) plays an important role in inflammation of the gut and its microbiome. Learn more about this fascinating area of science!

Cannabis and Yoga – Meditating with Marijuana

Yoga and cannabis have been interlinked for thousands of years. It’s become more acceptable in recent times, with both being lauded for their health benefits.