The human brain is an extremely complex organ and one that confounds us to this day. There are still so many unanswered questions with regards to how the brain works. How is time represented in the brain? How are memories stored and retrieved? Why do we sleep and dream? What are emotions? What is intelligence?

These are all mysteries, but we know that the endocannabinoid system (ECS) plays a part in answering them. The ECS is fundamentally involved in many of the human body’s most essential functions, including regulating emotions, appetite, the immune system, and much more besides. Here’s more about what we know about cannabis, cannabinoids and brain development.

The Endocannabinoid System (ECS), Evolution and Its Power

Every mammal on Earth has an endocannabinoid system. This suggests that the development of an ECS is a necessity for the development of mammalian life and brain structures. After all, a complex, advanced, thinking mammalian body with hundreds and thousands of neurochemical messages being sent all at once requires a complex system that’s able to regulate it all. The ECS is just that system.

We here at Leafwell have likened the ECS to a supercomputer or a mainframe. Others, like Dr. Rachel Knox, compares the ECS to a switchboard. Here are the reasons why these analogies make sense:

The ECS is involved in many of the body’s most important physiological processes.

This includes appetite control, modulating insulin sensitivity, stress response, memory formation, immune system regulation, reproduction, mediating anxiety and aggression, pain response, the sleep-wake cycle and much, much more. In many ways, the ECS could be seen as a central processing unit (CPU) of sorts. When the ECS is out-of-balance, health problems arise. Cannabinoids from the cannabis plant can help restore this balance.

This includes opioid, dopamine, serotonin, GABA and glutamate receptors. This is one reason why cannabis can help reduce the intake of other medications.

The ECS is not as specialized as other receptor systems

Unlike the dopamine and serotonin receptors, for example, the ECS is involved in many more physiological functions. This means that:

This shows how powerful the ECS is, as using a powerful, synthetic cannabinoid can have extremely detrimental effects on the human body.

We don’t know a huge amount about how the brain develops and changes over time, let alone how the ECS and cannabis affects it. There is also a lot of debate surrounding how non-intoxicating cannabinoids like cannabidiol (CBD) affect a growing brain, as we don’t know all the ins-and-outs of how various cannabinoids’ pharmacology (i.e. how cannabinoids work).

However, due to natural cannabinoids’ safety profile (i.e. no deaths attributable to the use of cannabis alone), they can be seen as the ideal medication for children with some severe or chronic conditions (e.g. cancer, epilepsy, autism), when appropriately dosed. Non-psychoactive cannabinoids, we can reasonably assume, are generally extremely well-tolerated.

As for psychoactive cannabinoids like THC, they can have their uses. Where high amounts of THC may not be ideal for developing brains, for those who have a condition caused by an endocannabinoid deficiency, high doses of THC may be necessary for the patient to feel normal. Moreover, we routinely prescribe sick children with sedatives, stimulants and opioids, and medical cannabis can be a far safer alternative compared to these addictive drugs.

So, whilst cannabis (more specifically THC) use may not be ideal for young, growing minds as it can cause negative structural and functional changes in the brain, it can still come in very useful as a medication and a safer alternative to other, much harsher drugs.

For children and adolescents, cannabis use is ideally medical-only. When it comes to those aged 25 or over, when the brain is no longer growing and changing as much, cannabis may actually help the brain. Studies on senior mice suggest that marijuana may boost rather than dull the brain, with mice who were treated with THC showing improvement on learning and memory tests.

There is a good theoretical reason as to why this is. Young brains contain a huge abundance of cannabinoids, and applying more in a non-medical setting can prove to be damaging. As we age, we lose our ability to produce new cannabinoid receptors and naturally-occurring cannabinoids like anandamide. This negatively affects our memories. Using cannabinoids can help regrow these receptors, as they need to process this new influx of cannabinoids.

Of course, as the study was on mice, we should be careful of extrapolating such results to humans. Yet, when we look at neurological conditions like Parkinson’s, Alzheimer’s and multiple sclerosis (MS) and how well medical cannabis treats them, the idea that proper use of THC and CBD may help retain the brain doesn’t seem so outlandish. 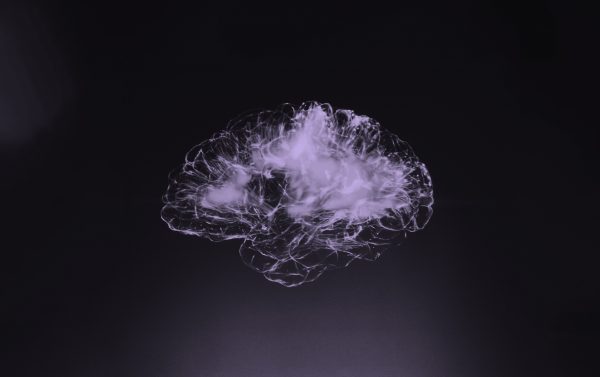 Cannabinoids and the Brain: Lots Still to Be Discovered

As cannabinoids and the ECS play such an important role in homeostasis, learning how they work in the human body can help us understand how to treat a huge number of health problems. Moreover, as cannabinoids play a hugely important role in brain development, it could help us answer some of life’s most important questions. "What is consciousness, and how does it develop?" "How do we memorize things?" "Why do we get the emotions we do, and why do different people react differently to the same situations?" All of these could be answered at least in part by understanding the endocannabinoid system to a greater extent.

Dipak Hemraj is a published author, grower, product maker, and Leafwell’s resident cannabis expert. From botany &amp; horticulture to culture and economics, he wishes to help educate the public on why cannabis is medicine (or a “pharmacy in a plant”) and how it can be used to treat a plethora of health problems. Dipak wants to unlock the power of the plant, and see if there are specific cannabinoid-terpene-flavonoid profiles suitable for different conditions.