Borneol is one of the beneficial chemical compounds referred to as terpenes. With a minty camphor-type scent, Borneol has been used for thousands of years in Traditional Chinese Medicine and is steadily becoming widely recognized in Western Medicine.

Borneol is one of the many terpenes found within the cannabis plant, and it also naturally occurs in ginger, camphor, thyme, and rosemary. Terpenes appear in all plants, giving rise to their scents, taste, and in some cases, color.

In the cannabis plant, terpenes are responsible for each strain’s varied taste and smell. Strains containing Borneol tend to have a woody menthol smell, similar to camphor. It’s also included in many essential oils and perfume products.

Borneol can be derived from tapping the Borneo camphor (Dryobalanops aromatica) of the Teak tree family. The substance removed from the tree is then cooled and hardens into a clear crystal that can be used. The substances d-borneol and l-borneol are both found in nature.

However, the bulk of Borneol produced now is synthetic, either from turpentine or reduction of camphor. This synthetic version is crushed into a powder for use. 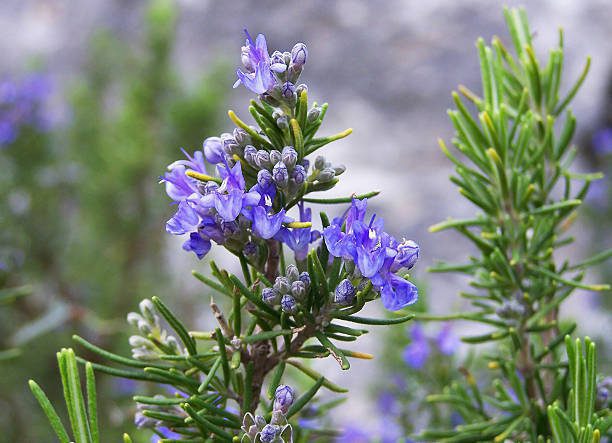 Borneol provides a highly beneficial intersection of Western and Eastern medicine. The effect of Borneol is widespread in the treatment of various ailments. In Chinese Medicine, it is associated with the liver, spleen meridians, heart, and lungs. Below is a list of some of its many health benefits.

In a study considering postoperative pain in people, topical Borneol application led to significant pain reduction compared to a placebo control group. Additionally, acupuncturists tend to use Borneol topically for its analgesic properties.

Borneol has demonstrated blocking certain ion channels that promote pain stimulus and inflammation. It also aids in pain relief from inflammatory diseases such as rheumatoid arthritis.

Borneol offers some protection from neuronal cell death in the event of an ischemic stroke. It also facilitates the regeneration of brain tissue and repair. It is proposed to have this neuroprotective effect by altering the permeability of the blood-brain barrier.

Some users of cannabis strains with higher Borneol levels suggest that it decreases their stress levels and reduces tiredness, thus, allowing for a state of relaxation without full sedation. Individuals who practice Chinese Medicine also acknowledge its stress relief potential.

As with other terpenes, the effects of Borneol in combination with the cannabinoids of cannabis have demonstrated the entourage effect. This occurs when the compounds work together to give some heightened therapeutic benefit. Borneol can increase blood-brain barrier permeability, allowing for easier passing of therapeutic molecules to the central nervous system.

Aside from Borneol’s many medicinal applications, it is also commonly used in insect repellents due to its natural toxicity to many bugs. Perfumeries also manipulate Borneol for its pleasant scent to humans.

Borneol is often considered a secondary terpene in cannabis, meaning that it appears in relatively minor amounts. These lower doses of Borneol are thought to be relatively safe. However, in isolated high doses or long-term exposure, Borneol can have some potential risks and side effects, including:

It is important to note that the amount present in cannabis is unlikely to cause these symptoms. Irritation also does not occur with the relatively small doses used for analgesia and other effects.

Despite being a secondary terpene in the cannabis plant, only contained in minor amounts, some strains of cannabis have higher concentrations of Borneol than others. These strains are often ‘Hazes’ and include:

Borneol can be lethal if ingested in large quantities. However, the concentration within cannabis products is far from a deadly dose.

Is borneol the same as camphor?

Camphor and Borneol, while similar in scents are different molecules. Camphor can be produced from Borneol via oxidation and Borneol from the reduction of Camphor.

Borneol can be sourced naturally from tapping the Dryobalanops aromatica tree. However, it is more commonly created synthetically from turpentine or camphor. Borneol can also occur naturally in many cannabis strain varieties.

Complete Guide to Myrcene, the Terpene That Gives Cannabis Some ‘Spice’

Myrcene is often the most abundant terpene in the cannabis plant.

Guide to Camphene, the Terpene That Offers Multiple Medical Benefits

Camphine is one of the most medically useful terpenes found in nature, including cannabis. It’s a powerful antioxidant and is safe for consumption.