Cultivating cannabis remained popular in many parts of the world, including the US, until the start of the 20th century. At the turn of the century,  states throughout the US started outlawing this plant. Many believe that cannabis and hemp was the victim of its amazing potential as a material. You can find reports claiming that it could produce more paper than wood, but that didn’t seem to work for those with vested interests in the wood and lumber industry.

Whatever the reasons for making cannabis illegal, it is the fact that marijuana and hemp are illegal to grow without a licence that has likely lead to the introduction of ruderalis genetics, as well as hybridizing sativas and indicas. Many people resorted to hiding and growing cannabis indoors for personal use. Growing indoors became easier and easier. Consistent light and fertilizer were enough for success. As technology progressed, growers started to have the option of customizing the environment to suit various kinds of strains.

How Ruderalis Brought About Change

Cannabis Ruderalis is a unique species of cannabis. While some consider it to be a sub-species of sativa, many believe that it should be placed in a separate category. What we know about this plant is that it is native to Russia and Europe, where the cold and infrequently sunny environment doesn’t allow for a long vegetative period. Ruderalis also contains little tetrahydrocannabinol (THC).

However, it is possible to cross Cannabis sativa or Cannabis indica with Cannabis ruderalis, and produce offspring that is both autoflowering and has high THC content. Moreover, as ruderalis plants have high levels of cannabidiol (CBD), it can also be used as a method of increasing CBD production in a given strain whilst also ridding the need for a vegetative period pre-flowering. Ruderalis is also short-and-stout, and has great resistance to insects and diseases. The shortened growing time and increased hardiness makes ruderalis-crossed strains a perfect candidate for home and guerilla growers – especially those who live in places where cannabis is illegal. 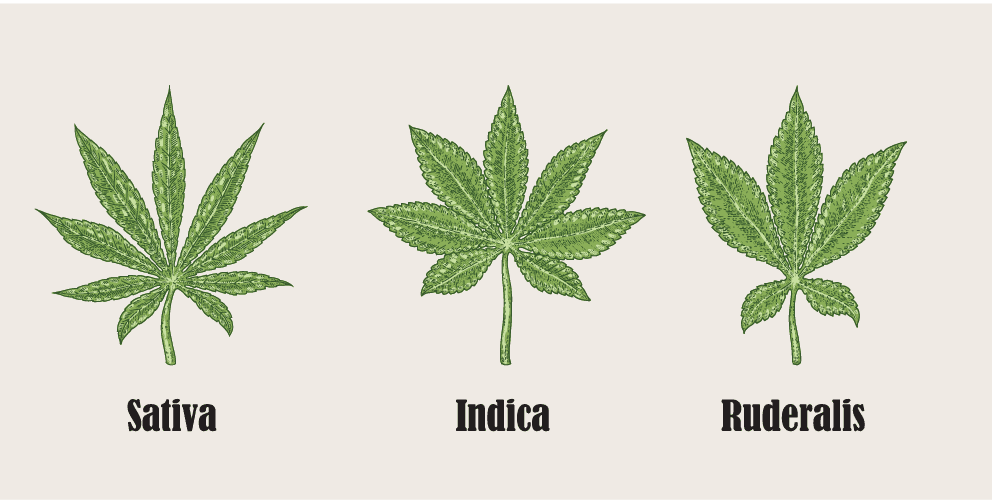 Ruderalis has arguably played an essential role in allowing a greater number of people to grow, and we can thank autoflowering seeds for this.

As the name suggests, it is a genetic characteristic of the cannabis plant that allows automatic flowering. This trait is passed down from one plant to another via its DNA, which is why only some cannabis strains and plants have this ability. Since cannabis is a diploid, it receives one chromosome from the mother and the other one from the father. The genes from both sides need to be photo-dependent for the plant to have the auto-flowering trait.

Why Does Auto-Flowering Matter?

The crucial benefit of this process is the shortened life-cycle of the plant. Auto-flowering cannabis only needs a maximum of ten weeks to be prepared for harvest. Furthermore, the lifecycle doesn’t depend on a specific amount of light during different growth periods. Autoflowering strains are ready to go into a 12 light:12 dark light cycle from the beginning in order to induce flowering – no vegetative period necessary.

How Is Auto-Flowering Made Possible?

Several growers from British Columbia (B.C.) and Amsterdam worked relentlessly on combining Ruderalis and other blends. They were dedicated to the issue for decades to cultivate a plant that has an auto-flowering trait without losing potency.

It took a while, but they managed to combine numerous sativa, indica, and hybrid strains with ruderalis and enrich them with the auto-flowering characteristics. You can say that these growers were researchers because they were willing to give up their profit to test this new approach in growing cannabis.

Although they became successful at creating hybrids quickly, the potency problem remained. Some of the original hybrids, such as Mighty Mite, didn’t have a quantity of THC close to the pure indica hybrids. As more growers joined, the results became better over the years. Today, the THC quantity is getting close to 20%, which is fairly high, and more than enough for those that have never tried marijuana before, have a preference for lower THC strains, or have a low tolerance to cannabis.

Today, you can find hybrids made from Ruderalis cannabis used for medicinal purposes. Many hybrids have managed to keep the original potency of the strain, such as Amnesia and White Widow.

At the same time, the auto-flowering trait is important for the grower’s profit, but also for having more control over the harvest. Ruderalis only flowers after it reaches a certain period in its lifespan, but once it starts flowering, the auto trait will make it possible regardless of the conditions. Whether you keep it in the light for 20 hours, or it spends most of the day in the dark, flowering will be imminent.

Auto-flowering is also the reason why we have many strains with different aromas nowadays. The growers have become eager to experiment, and the users benefit from having an extensive selection of strains to pick from.

Why Auto-Flowering Is Important for Outdoor Growers

Instead of having only a single crop every year, they can now benefit from several crops. That means you will invest the same amount of water, cooling, heating, and lighting, but get several times better results. It is also arguable that this makes more efficient use of resources, and therefore less detrimental to the environment as a whole.

The fact that growers may be encouraged to move to outdoor growing is also beneficial for the users. Growing cannabis in a natural environment is the most natural way of growing it. Naturally, it is essential that the grower stays away from pesticides or too much fertilizer. The market is regulated only up to a certain extent, which is why you still need to research before choosing your preferred distributor. Of course, those who wish to not grow cannabis themselves, there’s still the option of buying cannabis online.

Are There Any Negatives with Growing Autoflowering Strains?

Whilst autoflowering strains can be a great choice for beginners, those with little time or space on their hands, and where the environment isn’t ideal for a sativa or indica to express themselves properly, there are several disadvantages with autoflowering strains. These include:

There is still a lot of use in regular, non-autoflowering strains, as they are immensely useful in breeding programmes and ensuring genetic variation in the cannabis population. Home breeders and other specialist breeders can then make their own autoflowering versions at home by selecting for autoflowering genetics and crossing various strains to ruderalis plants, increasing genetic diversity further.

Ultimately, there is no doubt that auto-flowering is a trait that made a real revolution in the cannabis industry. The appearance of Cannabis ruderalis made that possible, and nobody can deny that this strain has become equally popular to Cannabis indica and Cannabis sativa.

Although the results are already good, we expect them to become even better as time goes by. We can see auto-flowering cannabis used in medical purposes, and by recreational users. If we continue down this road, we can only see better results in terms of crop quantity and energy efficiency.

Jessica is a cannabis and health industry consultant who frequently writes about the latest trends in the industry. She has been writing for a long time now. Through her writing, she hopes to influence as many people as possible to help maintain better health and lifestyle. She is reachable at jessica@cannabismails.com.

This file is licensed under the Creative Commons Attribution-Share Alike 3.0 Unported license