Apigenin is a bioflavonoid with potent antioxidant and anti-anxiety effects. The flavonoid is found abundantly in parsley, celery, celeriac, and chamomile tea and may serve a number of health purposes as a natural sleep aid, antidiabetic and anticancer agent. Apigenin binds to receptors in your brain that promote sleep and induce relaxation, so it is a calming compound.

Learn about the other health benefits of apigenin, along with the flavonoid’s connection to cannabis.

Apigenin is a safe flavonoid with no demonstrated toxic effects, even in high doses. The flavonoid is known for its anti-anxiety and sleep-inducing effects. These effects, however, are most pronounced at higher doses, and small amounts of apigenin may not relieve anxiety or insomnia.

Apigenin naturally occurs in many food sources, such as oranges, artichokes, onions, wheat sprouts, celery, and spinach. Chamomile tea and dried parsley are rich sources of apigenin. Many people sip chamomile tea at bedtime to get a better night’s sleep. The sedating properties of apigenin are why chamomile tea is so popular among people battling insomnia. 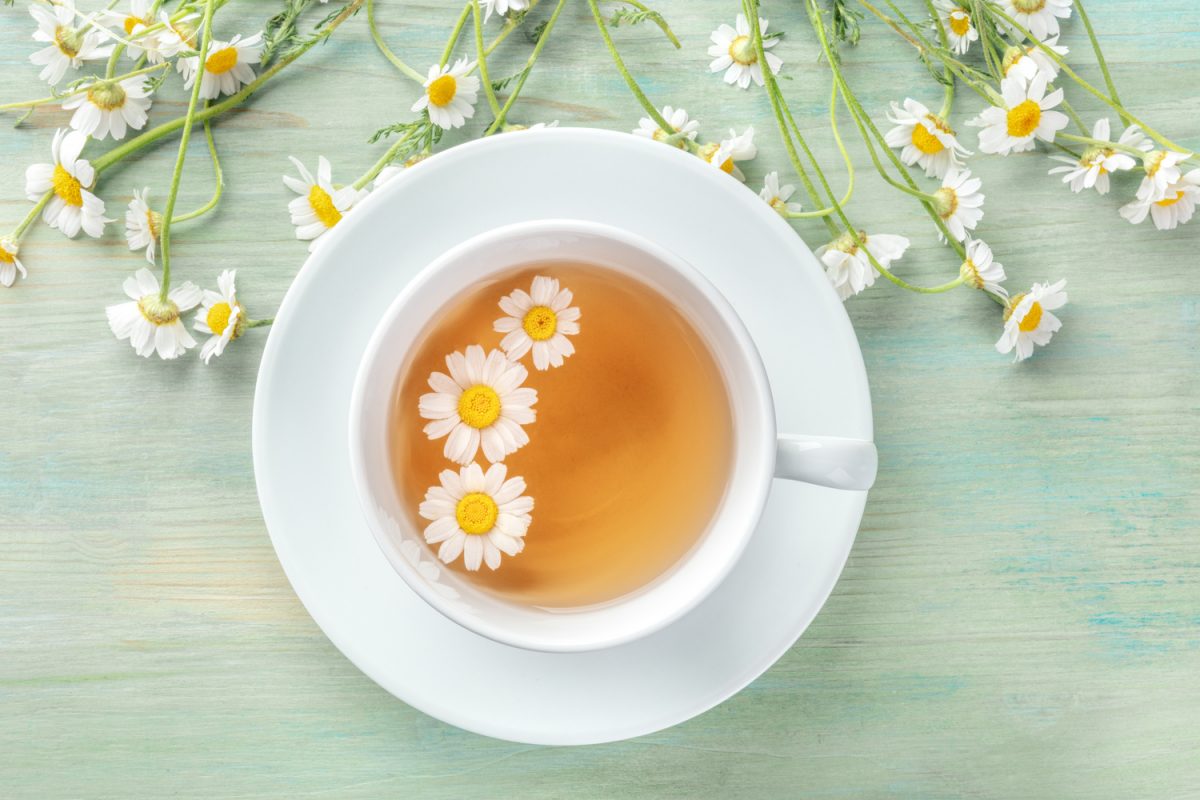 How Apigenin Works in Cannabis

The flavonoids in cannabis give both pigment and flavor to the plant. Apigenin is a yellow crystalline solid that is sometimes used to dye wool. Flavonoids like apigenin influence how your senses perceive the cannabis product you consume in what you see, taste, and smell.

Flavonoids such as apigenin give the cannabis plant therapeutic potency. Along with terpenes and cannabinoids, flavonoids stir up a synergistic entourage effect that intensifies any medicinal benefits. As these plant compounds work in concert, they bind to receptors in your endocannabinoid system, reaching one another with messages to heal.

The entourage effect is why taking apigenin dietary supplements is not the best way to experience the flavonoid. Instead, people usually enjoy more benefits from apigenin when consumed with other flavonoids, cannabinoids, and terpenes.

Some studies have shown that apigenin may have significant health benefits in falling asleep, fighting cancerous tumors, and more.

Researchers consider apigenin to be a promising molecule for cancer prevention. Apigenin has been shown to help kill human neuroblastoma (brain cancer) cells and inhibit the growth of liver cancer tumors.

In addition, apigenin could be helpful in the fight against gastric cancer, endometrial cancer, and thyroid cancer, among other serious diagnoses. Apigenin may be so potent that scientists have referred to the flavonoid as the compound in the Mediterranean diet that makes cancer cells’ mortal.’

Scientists are investigating why apigenin may help combat diabetes. Several factors may be involved, including apigenin’s beneficial effects on glucose and insulin production and the flavonoid’s cardioprotective impact on the heart.

Inflammatory disorders of the central nervous system may benefit from apigenin. Multiple sclerosis (MS) is one such disorder whose symptoms could be more manageable through the anti-inflammatory actions of apigenin.

Side Effects of Apigenin

Despite the health benefits of apigenin, side effects may also occur in some people, especially those who take the flavonoid as a dietary supplement. Apigenin does not, however, appear to cause toxicity, even in high doses. The following mild side effects of high doses of apigenin are possible:

Depending on your health goals, these reported side effects can be viewed as favorable therapeutic properties. Consult with your doctor before taking apigenin supplements. Like most dietary supplements, galangin supplements have not received FDA approval.

Remember: the best way to experience any plant compound, including apigenin, is directly from the source, not in a pill.

Is apigenin a sedative?

Found abundantly in chamomile tea, apigenin can be a sedative at high doses. Lower doses of apigenin may help reduce anxiety in some people.

Which food has the most apigenin?

Foods with high levels of apigenin include vegetables like celery, spinach, and artichokes. The dried parsley herb contains an especially high concentration of apigenin.

Is apigenin good for sleep?

High doses of apigenin, which you can consume in a hot cup of chamomile tea, may be good for sleep. Apigenin works by binding to receptors in the brain that correspond with sleep and sleepiness.

Experience a rich variety of flavonoids and other plant nutrients like apigenin with a medical marijuana card. Apply for your MMJ card through Leafwell’s online clinic today and get your physician’s certificate to enjoy the potential health benefits of cannabis legally.

Marijuana Withdrawal: Is It Real?

Marijuana withdrawal occurs when a cannabis user abruptly stops. It’s most likely to occur in regular users but is unlikely in occasional users.