Irritable bowel syndrome (IBS) is a disorder of the intestines that causes the colon muscles to spasm uncontrollably. People with IBS experience abdominal pain, cramps, bloating, gas, diarrhea, and constipation.

This chronic condition requires long-term treatment and management, with the most traditional treatments including dietary changes, physical exercise, mind-body exercises or counseling, probiotics, and medications such as opioids, anticholinergics, and even antidepressants.

Interestingly, cannabis has recently shown potential as an effective treatment for IBS. Although there is no evidence that it will cure the disorder, cannabis may help reduce your symptoms.

How Cannabis Could Help IBS

There are several ways in which cannabis could help reduce IBS symptoms. A study has shown that cannabis users with IBS may likely utilize healthcare for this disorder.

Cannabis may be able to regulate colon contractions. Although the evidence from clinical trials is limited, it has been shown that dronabinol, a synthetic form of THC, can slow down colon contractions in patients with IBS, specifically in those where diarrhea is prominent.

A study in people with irritable bowel disease (IBD) showed that cannabinoids helped to directly improve symptoms such as abdominal pain, nausea, diarrhea, and poor appetite. Although IBD is not the same disorder as IBS, they both have several symptoms in common, so there is a belief that IBS patients would experience the same effects.

It may also act on other receptors, such as serotonin and opioid receptors, which may help reduce the inflammation and secondary stress or anxiety associated with IBS. Some strains also stimulate your appetite, which is often suppressed in people with IBS.

When choosing a strain for IBS treatment, it is generally best to focus on strains that either has a relatively balanced ratio of CBD to THC or, alternatively, have higher CBD content. Although both strains exert similar anti-inflammatory and painkilling effects, CBD is not psychoactive.

Terpenes, the chemicals that are responsible for the aromas and taste of different strains, can also have analgesic (painkilling), anti-inflammatory, and even gastroprotective qualities. Key terpenes to focus on for IBS are caryophyllene, pinene, limonene, myrcene, and linalool.

Best Ways to Use Cannabis for IBS

Smoking or vaporizing cannabis is the most effective method for relieving pain for immediate relief. Studies have shown that these are the two most popular methods used by people with gastrointestinal disorders.

If you do not need immediate relief from your symptoms, consuming edibles is another way that you can ingest cannabis. This method may benefit some people since it can provide longer-lasting relief from IBS symptoms.

It is important to note that there is no definitive best strain or variety of cannabis and that what works best for one person may not necessarily work for another. The below list is based on anecdotal reports.

Cannatonic is one of the most popular cannabis strains used for medicinal purposes. This is due to its high CBD content of 17%, which is almost three times higher than its THC content of 6%.

Because of this, it can be used to manage chronic pain, such as the gastrointestinal symptoms associated with IBS. Another benefit of the low THC content of Cannatonic is that you won’t have to experience any of the side effects of the ‘high’ that THC causes. 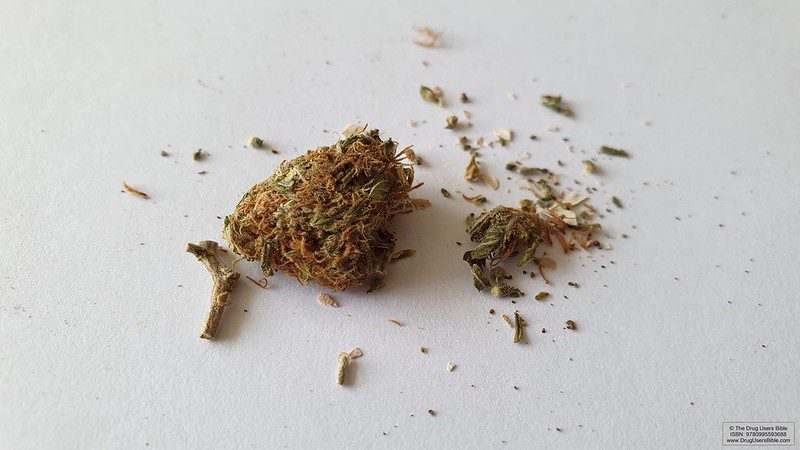 With a high CBD content of 20%, ACDC is another strain commonly used by people suffering from chronic pain. As a bonus, users consider it a calming strain, which means it can help with the anxiety and stress often described as a secondary effect of having IBS.

Unlike some of the other strains mentioned here, Blueberry Diesel has a relatively high THC content compared to CBD, ranging from 14% to 23%. Despite this, it’s thought to give its users a relaxing high.

Blueberry Diesel is also helpful for managing nausea, a symptom that people with IBS often experience. Additionally, it can assist in reducing the anxiety associated with IBS.

White Widow is known for its ability to reduce chronic pain and could be useful to people struggling with IBS-related symptoms. It is one of the best strains for this purpose, thanks to the balanced THC and CBD ratio, which activates the “entourage effect” (the theory that these two cannabinoids work better when taken together rather than separately). 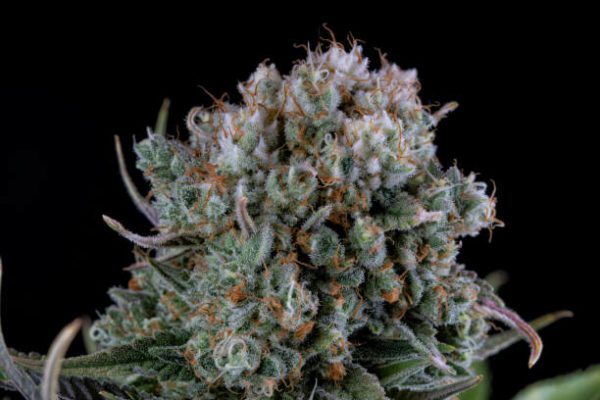 If you are a beginner cannabis user and want to experiment with it to see if it helps your IBS, Blue Dream is often suggested as an appropriate choice for newcomers. This is because users describe it as having a mellow taste rather than being too overpowering.

Why does smoking weed help with my IBS?

Smoking weed interacts with the endocannabinoid system, which can help regulate the normal functioning of the GI tract. Although there needs to be more human-based research into the effect of cannabis on IBS, the cannabinoids and terpenes in cannabis can reduce the pain, inflammation, and secondary anxiety associated with IBS.

The rate at which cannabis helps IBS symptoms depends on the method of ingestion. You will notice the effects immediately if you smoke or vape cannabis. If you use edibles, it will take longer for cannabis to help with your IBS symptoms.

Cannabis reduces pain and inflammation. Some of the best cannabis strains for relieving chronic pain include ACDC, Harlequin and Cannatonic.

Pink Rozay, Apples and Bananas, Peanut Butter Breath, Apple Fritter, and Bonkers are on our list of the best weed strains to try for yourself for 2022.